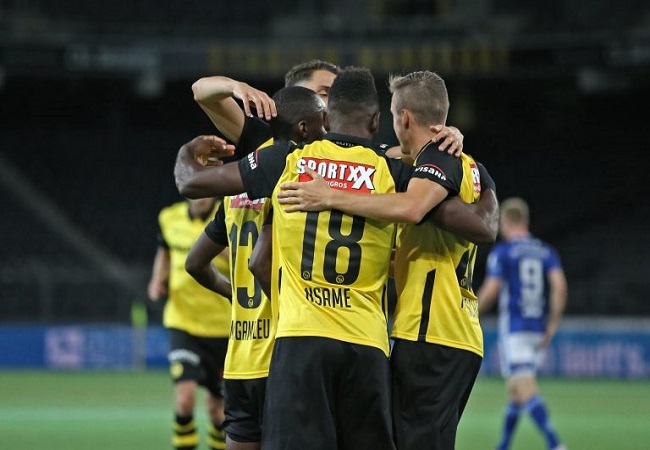 Jean-Pierre Nsame is in another galaxy this season. After having made his mark on the Swiss championship, he now falls back on the Champions League.

This is the season of all records for the Cameroonian international. In the Champions League playoffs second round last Wednesday, Nsame netted again against KI Klaksvik, a club of Faroe Islands. In the 51st minute, the Indomitable Lion opened the scoring. Two other goals were scored by his teammates making it a total of 3. The Swiss club qualifies for the next round of the Cup with big ears.

Having scored 41 goals in 46 matches all competitions included, Jean-Pierre Nsame, at 27, is in the great shape. Figures illustrate his great job. He could go further in his achievements during his career.