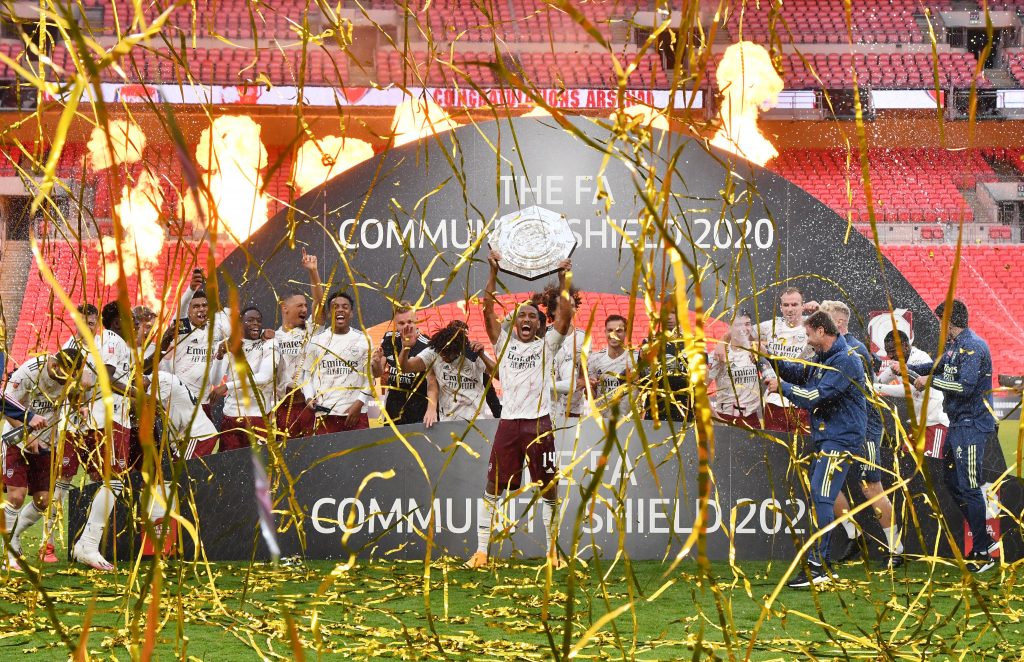 Aubameyang who scored the winning goal against Chelsea in the final of the 2019-2020 FA Cup to hand the Gunners a the title proved his leadership quality against Liverpool.

The Community Shield heralds the beginning of a new season in the English Premier League and it is competed by the team that won the league title and the FA Cup.

Liverpool were the Premier League champion in the just concluded 2019-2020 season.

Aubameyang’s curling strike gave FA Cup winners Arsenal the lead in the first half before Liverpool substitute Takumi Minamino equalised after the break.

Despite trailing by 1-0, Liverpool finished the half as the stronger of the two sides, carving out late chances for Virgil van Dijk and Sadio Mane.

But it took the brilliance of Arsenal goalkeeper, Emi Martinez to race off his line and prevented the Senegalese from scoring.

However, the pressure continued and despite defending with resilience, substitute Takumi Minamino reacted first inside the area and coolly fired into the bottom corner.

Arsenal continued to push forward in search of a winner and came close through Aubameyang once more, but in the end the game would be settled by penalties.

Mohamed Salah, Reiss Nelson, Fabinho and Ainsley Maitland-Niles made no mistake from the spot, before Rhian Brewster fired the ball back off the bar and handed us the advantage.

Cedric Soares, Minamino, David Luiz and Curtis Jones all converted, before Aubameyang was given the chance to seal the win.