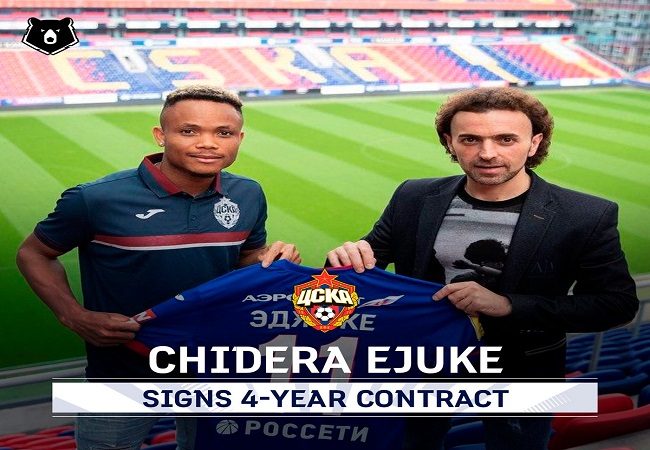 Russian Premier League side CSKA Moscow announced the signing of Nigerian winger, Chidera Ejuke from Dutch club Heerenveen. It was through a press release published on their official website,

The 22-year-old has put pen to a four-year contract. The Nigerian international will thus stay at the Muscovites until the end of the 2023-2024 season.

They have not yet disclosed the transfer fee. But it is certain that Heerenveen agreed to terminate Ejuke’s contract. Deal that had three years ahead of its expiration in exchange for 12 million euros.

For the starting 2020-2021 season, the Nigerian will wear the number 11 jersey. Lucas Santos, Abel Hernández, Vitinho and Aleksey Ionov previously worn this number.

Ejuke palyed at Gombe United (Nigeria) and Vålerenga (Norway) amongst his previous clubs.

After five rounds in the Russian Premier League, CSKA Moscow occupy the ninth position in the table with seven points