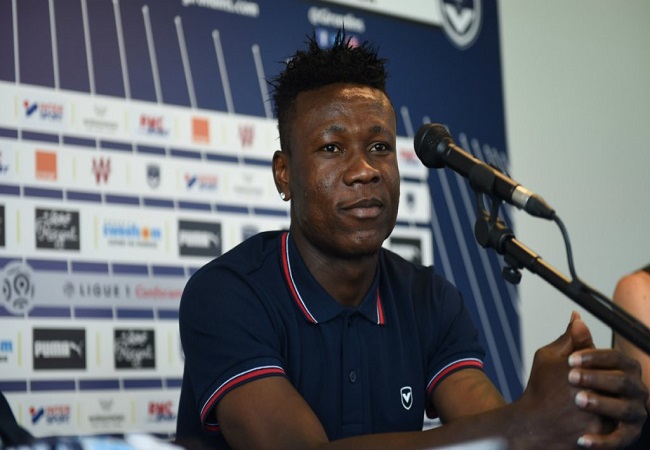 For some time now, the name of Samuel Kalu has been making headlines on the Turkish side. The Nigerian international is announced of leaving but his file is on standby.

Negotiations between the Girondins of Bordeaux and Galatasaray are still underway. Samuel Kalu’s agent, William D’avila, would be the in between of the two clubs for the Nigerian international. Kalu who would be the priority of the Turkish club’s coach, Fatih Terim. The Super Eagles winger is waiting to see how things are move with the new coach of Bordeaux, Jean Louis Gasset, before thinking about a possible departure.

Interviewed by Sud-Ouest, Nigerian coach Gernot Rohr commented on the situation of Samuel Kalu. The former coach of the Girondins is confident for the success of the Nigerian winger.

“He didn’t talk to me about departure. He is motivated to make a good season, lining up with the promises of the beginning of the last one. Over to the staff to see. But I think he has a card to play in this 4–3–3 used.”

The 23-year-old forward played 13 times for Nigeria national team. And he scored two goals. He was part of Gernot Rohr’s team that finished third in the 2019 African Cup of Nations in Egypt behind Senegal and the defending champions, Algeria.