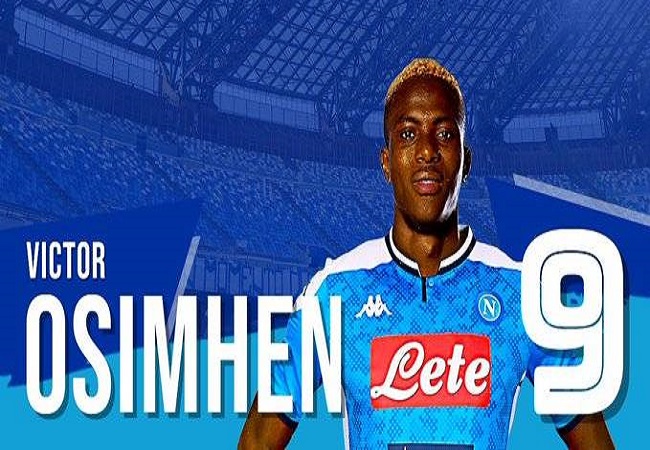 During his non-competitive debut at Napoli, Victor Osimhen highly impressed in the game opposing them to L’Aquila Calcio on Friday. Final score 12-0.

The Nigeria international delighted Napoli fans by scoring a hat-trick in eight minutes. He then after deliverd two assists for Hirving Lozano.

President Aurelio De Laurentiis confirmed shortly after the signing of Osimhen that he would wear the number 9 shirt for the upcoming season. But the Super Eagles star played under the number 15 in his maiden appearance as Napoli’s player.

As for Allnigeriasoccer.com, Osimhen has not yet been assigned an official squad number. And he would only decided to use the number 15 for his first appearances. The 21-year-old is planning to pick a shirt number after the pre-season preparations.

The Blues’ other scorers against L’Aquila were Dries Mertens, Faouzi Ghoulam and Lorenzo Insigne.