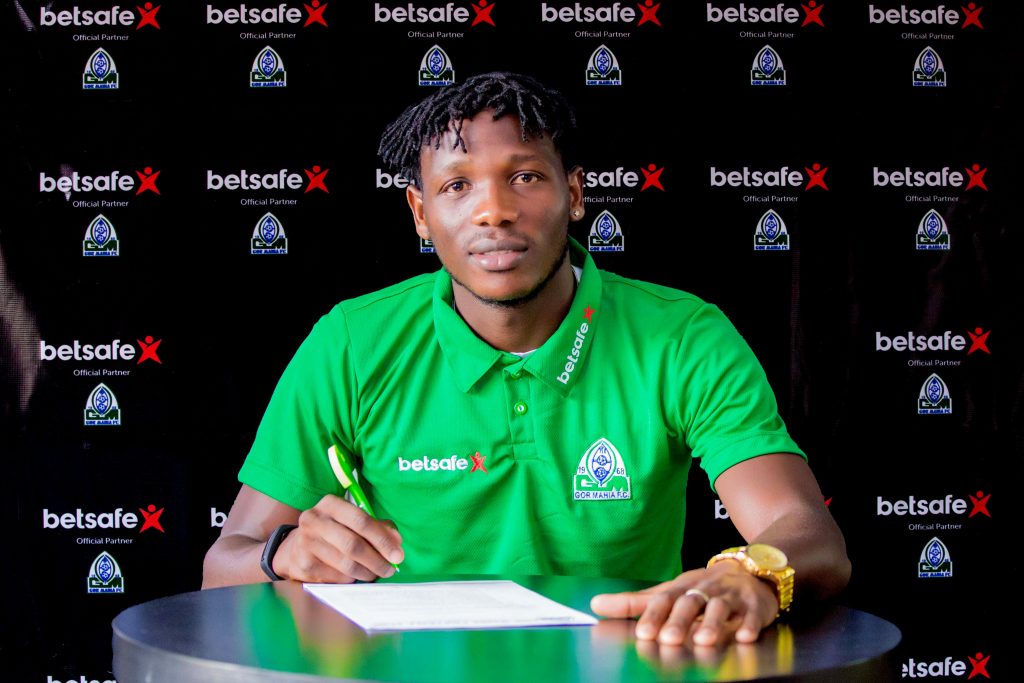 The club announced on Monday, the signing of Cameroonian defensive midfielder from Oman First Division League side Al Mudhaibi FC on a two-year deal.

“Experienced Cameroonian defensive midfielder Bertrand Konfor is one of the new signings as we gear up for the new season.” the club wrote on their official webstite.

“He joins Gor Mahia from Al Mudhabi on a two-year deal contract” they added.

Bertrand Konfor also expresses delight as he eyes many titles with the Kenyan side.

“It feels good to join Gor Mahia knowing it’s one of the best clubs in Africa…. I am here to help the club win titles both locally and internationally and I believe with the help of my team-mates and technical staff, we will do it.” he said after putting pen on paper.