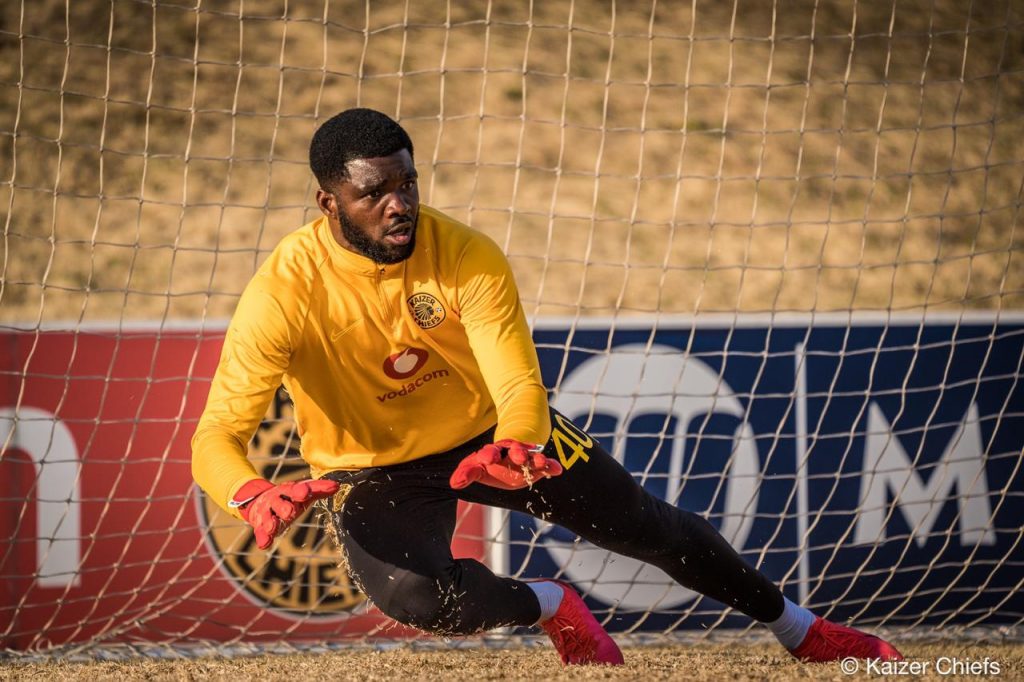 Super Eagles goalkeeper, Daniel Akpeyi has been ruled out for the South Africa Absa Premiership due to injury he sustained on Sunday.

Akpeyi was stretchered off the pitch following a concussion on Sunday game between Kaizer Chiefs and Bidvest Wits.

The former Warri Wolves goalkeeper decisively dealt with a corner kick but was kicked by a Bidvest player in the stoppage time of the first half.

He was replaced by Bvuma as Kaizer Chiefs went on to loss 1-0.

The club in a statement confirmed that their goalkeeper will no longer be involved in action with two games left to end the 2019-2020 Absa Premiership season.

Africa Top Sports learnt from as statement on the club official website that the medical team will continue to monitor his recovery process.

“Daniel Akpeyi suffered a concussion on Sunday against Wits.

“He is ruled out for the next two matches. The medical team will continue monitoring his recovery process.

“We wish him a speedy recovery. #Amakhosi4Life.”

Akpeyi’s joined the Chiefs in 2019 and following injury suffered by first choice goalkeeper, Khune, he stepped up to the task.

He has remained the first choice goalie despite Khune’s return.