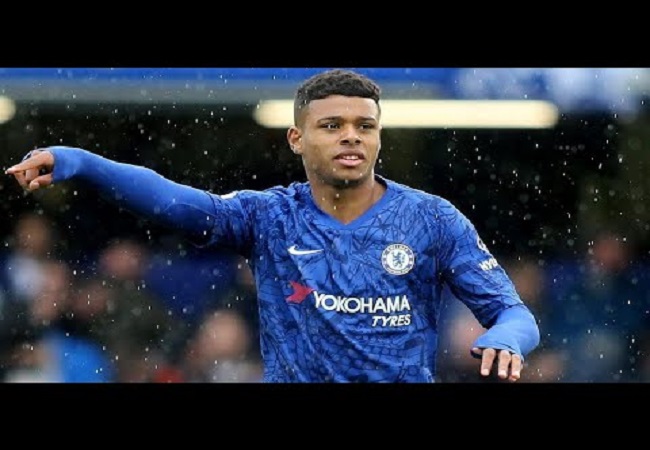 England U19 international of Nigerian origin, Faustino Anjorin is set to stay at Chelsea according to The Athletic’s Liam Twomey. The highly-rated teenager will challenge for a spot in the first team in the 2020-2021 season. Anjorin will leave Stamford Bridge only on one condition. Unless he gets a loan offer that’s too good to refuse.

The 18-year-old is one of the Chelsea Academy products with a huge reputation. And he believes he has the talent to earn first team minutes.

However, Anglo-Nigerian is aware he has to force his way into manager Frank Lampard’s first team plans.

Although Anjorin frequently trains with Chelsea’s first team, the last time he featured in a matchday squad was on 8 March. He coming off the bench for the last 19 minutes of a 4-0 win vs Everton in the Premier League.

Chelsea has strengthened the team signing Hakim Ziyech awaiting Bayer Leverkusen’s Kai Havertz to arrive soon. This situation would push Anjorin down the pecking order of attacking midfielders and wingers. But the Anglo-Nigerian is keen to prove himself despite the complicated situation.

Anjorin signed a new multi-year contract with Chelsea in June 2020. This contract keeps him at the club until the summer 2025.