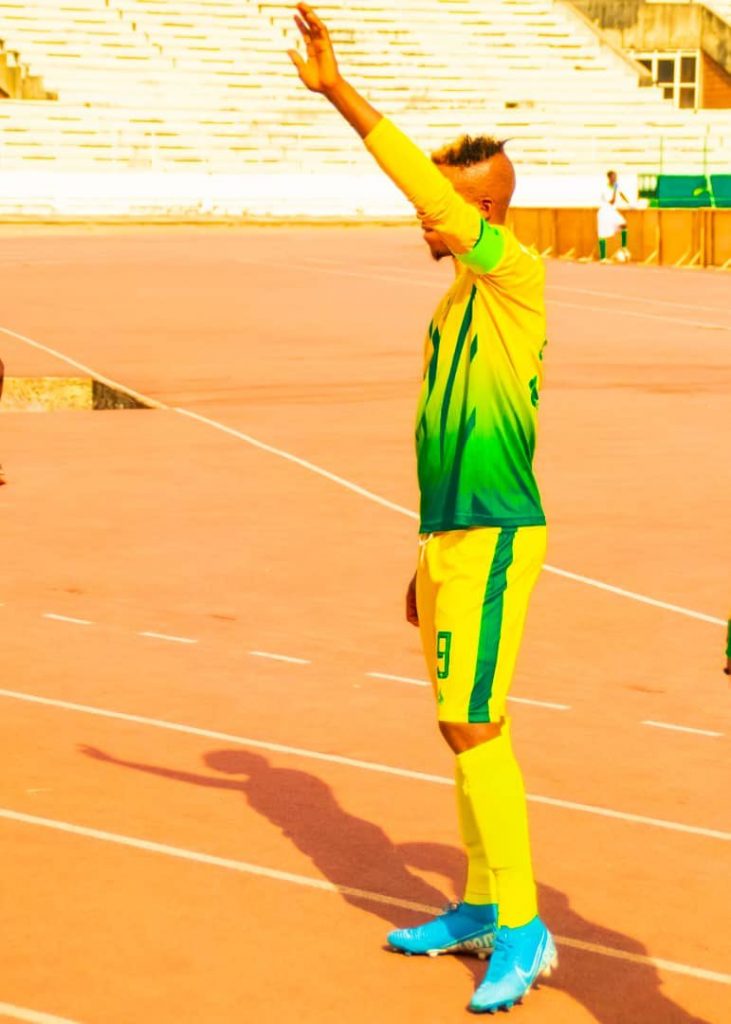 Omoyele who played for Plateau United in the just concluded 2019-2020 season signed a two-year deal with the people’s Elephant.

The forward has retuned to the NPFL as a free agent  after a short stint with Nogoom FC.

The Super Eagles ‘B’ forward took to his Twitter account to confirm his departure from Plateau United.

” It’s been a pleasure and honour, he said.”

“After three wonderful season my stage with Plateau United comes to an end.

” Thanks a lot to the club management, coaches backroom staff fans/supporters. You all made me feel at home in Jos.

“I made the right choice when I joined Plateau United from Osun United, and I take with me wonderful and unforgettable memories.

“Thank you and good luck for the future, he wrote”.

He will play with Enyimba in next season CAF Champions League after they finished second on the league table.

The 2018-2019 NPFL champions despite playing lesser game in the abridged 2019-2020 season due to the coronavirus pandemic, finished ahead of Rivers United after the Point Per Game (PPG) was used.

However, Rivers United are not satisfied with the decisions and wants to drag the League Management Company (LMC) to the Court of Arbitration for Sports (CAS) as they rejected the final table stand.