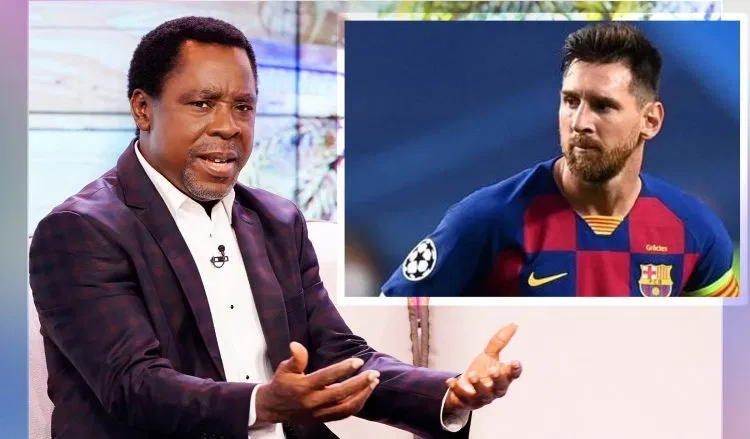 The General Overseer of Synagogue Church of All Nations (SCOAN) Pastor TB Joshua has told Barcelona forward Lionel Messi not to leave the club with bitterness.

Messi has been in the news over the past two weeks as he his seeking to leave the Blaugrana following appointment of new manager, Ronald Koeman.

“It’s not good advice for @leomessi to leave Barcelona bitter and offended.

“It is impossible to establish a healthy relationship with a person who left a previous relationship bitter and offended.

“This is my candid advise to Lionel Messi.

Messi has been in  for Barcelona for almost 20 years, but it seems the relationship has nosedived as he informed the club of his intention not to play any longer.

He missed the club training on Monday and Tuesday as he considered himself not among new manager Ronald Koeman’ squad.

The Barca captain’s father who is also his representative, Jorge arrived Barcelona on Wednesday to meet the club hierarchy.

The Catalans No. 10 was rumoured to have agreed a five year deal with Manchester City company.

According to BBC Sports, he will spend three years in the Premier League before moving to the MLS to join New York City.