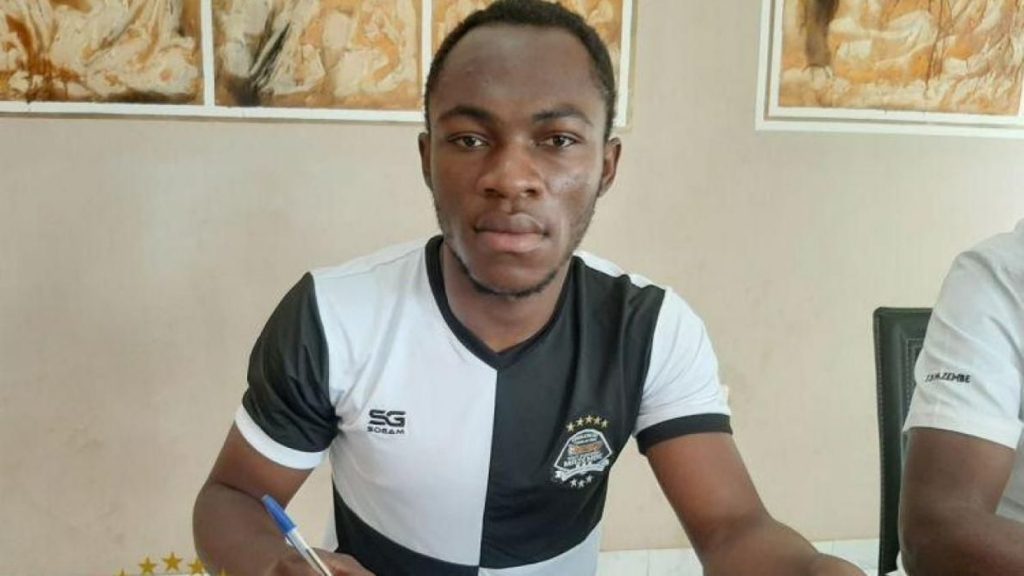 Jackson Muleka will arrive at Standard Liege on Saturday 5th, August 2020 after having joined the Belgian Jupiler Pro League side in August.

The young striker trained at Ecofoot Katumbi, penned a 4-year deal with the Belgian club. He arrives in Belgium this Saturday, to start his new adventure. Muleka was received this Thursday by the president of TP Mazembe, Moïse Katumbi, for a final blessing. The chairman wished a successful career to the one he considers his son.

The 20-year-old striker is expected from Liège this Saturday. However, he will not be able to take part directly in collective training since he will be subjected, as required by the Covid-19 protocol in force, to a test but also to a quarantine of 14 days.

Jackson Muleka could therefore be taken into account for the September 27 match against Zulte Waregem. We will therefore have to wait a little longer to see the future Congolese striker in action in the red jersey. The Congolese international is leaving TP Mazembe three years after joining the team, when he came fresh from Ecofoot Katumbi.