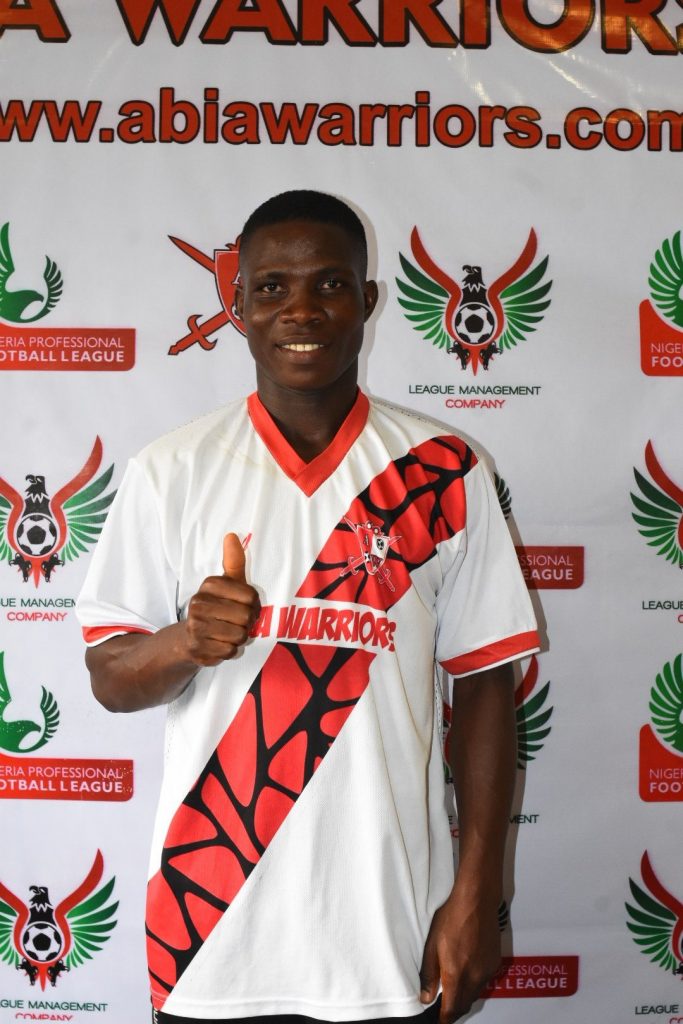 Nigeria Professional Football League (NPFL) club, Abia Warriors have continued to strengthen their squad ahead of the 2020-2021 season.

Abia Warriors have been busy in the transfer window since they captured the service of experienced Imama Amakapabo as their new coach.

The club on Thursday officially announced they have completed the signing of highly rated winger, Dennis Kingsley from Odion Ighalo Academy.

Kingsley signed a two-year deal that will see him play in the Nigeria top flight league.

Kingsley became the fifth player to have joined Abia Warriors.

Abia Warriors finished 16th in the abridged 2019-2020 season due to the outbreak of the Covid-19 pandemic.