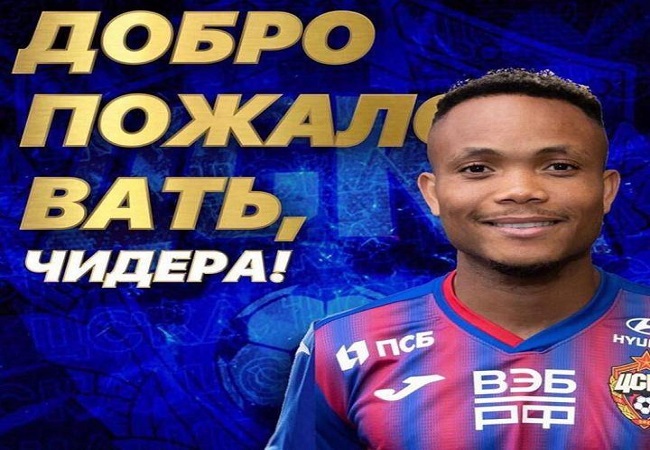 Nigerian winger has been displaying himself ahead of his home debut for the Muscovites after the international break. Super Eagles hopeful Chidera Ejuke has been selling himself to CKSA Moscow fans.

Former SC Heerenveen player has surprisingly proven his debut two days after confirmation of signing contract. He came off the bench in the 65th minute of CSKA Moscow’s 3-0 road win against Akhmat Grozny on August 30.

According to Whoscored.com, Ejuke registered a team-high two take-ons despite spending only 25 minutes on the pitch.

Ejuke, who models his game after PSG’s Brazil superstar Nyemar, has revealed that his dribbling skills and ability to create chances for his teammates stand him out.

“I am a kind of player that likes to hang on to the ball. Make some actions, create opportunities for my team. Score some goals and as well try to assist.” Ejuke told CSKA Moscow TV.
“I am an exciting player. And hopefully I can show what I have when I get started.”