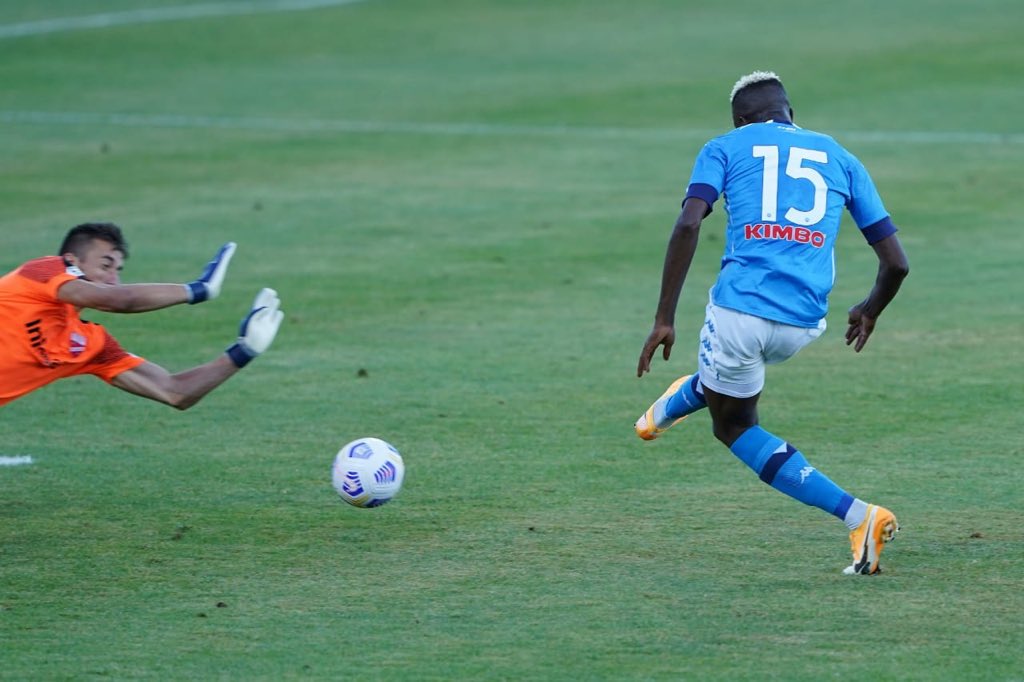 Victor Osimhen has vowed to continue working hard to get the results for  Napoli when the Serie A resume this month.

Osimhe scored a hat trick as Napoli trounced Teramo 4-0 in a pre-season friendly on Friday.

It was his second hat trick for the Naples as the club intensified preparation ahead of the 2020-2021 Seria A season.

Osimhen scored two goals in the second half in the 61st and 65th minute to complete his hat trick.

However, manager Genaro Gattuso decided to rest him in the 75th minute.

The Nigeria international has now netted six goals in two pre-season games he was involved.

His first appearance for the club against L’Aquilla last week, he scored a hat-trick.

An excited Osimhen who is learning faster to the style of play in Italy took to his Twitter account to celebrate the victory.

Friday’s game was Napoli’s third in pre-season as they prepare for the start of the 2020/2021 football campaign.

The club will return to training on Monday according to a statement on its official website.

“The Azzurri will meet on Monday at the Training Center to continue their preparation for the start of the season.

“The third friendly match against Pescara at San Paolo is scheduled for Friday 11 September.”

Osimhen will be hoping to Mark his Serie A debut when they travel to Parma in the league opener September 20.