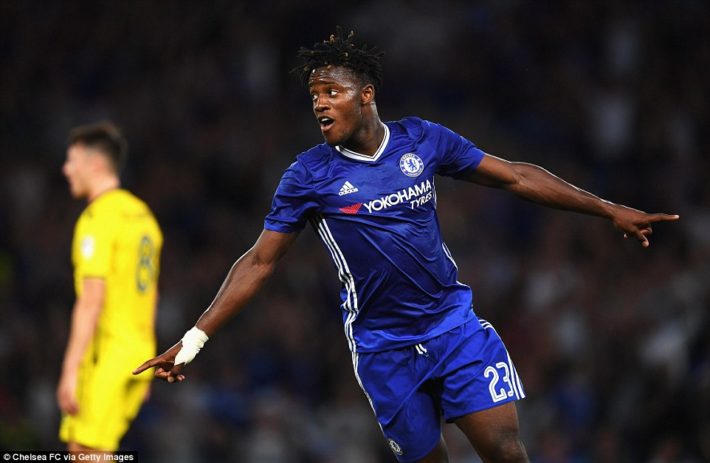 Michy Batshuayi has little chances to flourish this season with English Premier League side Chelsea and Blues official has a plan for former Borussia Dortmund player.

Already sent to the bench by Tammy Abraham and Olivier Giroud, Michy Batshuayi sees the arrival of Timi Werner, the new Chelsea center-forward. Proof that the Belgian of Congolese origin has very little chance of playing under the orders of Franck Lampard. The former Marseillais is therefore called to leave the Blues if he wants to have playing time. And the leaders of Chelsea have found a plan for him.

According to The Sun, the London club is thinking of extending Michy Batshuayi’s contract, in return for a salary increase, before lending him in stride. Aware that it will be difficult to sell his player at a good price this summer, Chelsea intends to do so in order to be able to sell him at a significant price in the coming months.