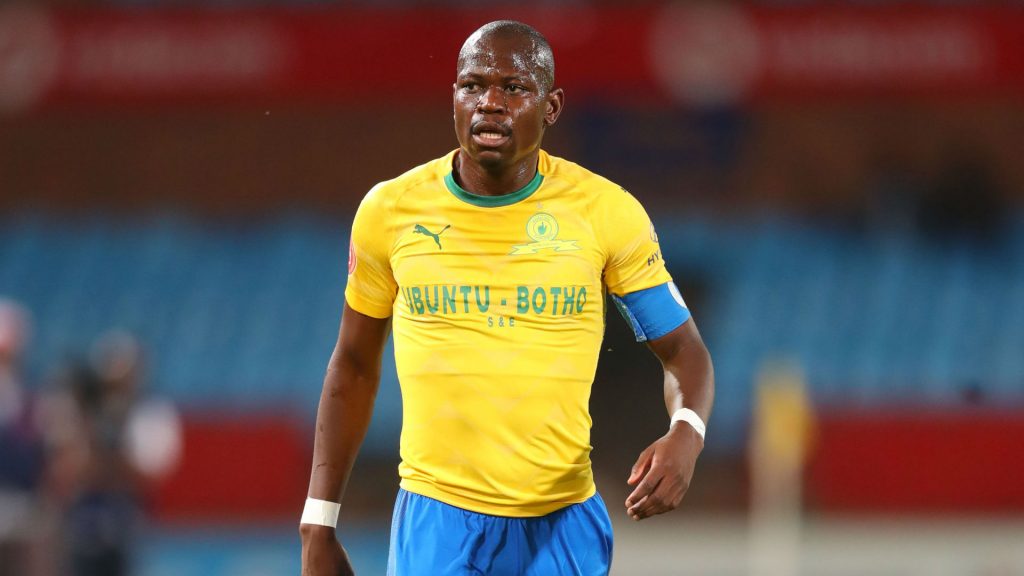 Hlompho Kekana is a well-known South African defensive/central midfielder who is playing for Premier Soccer League side Mamelodi Sundowns since 2011. Meet out the man, the leader in this article.

Born in Zebediela, Limpopo in South Africa, Mamelodi Sundowns is the fifth SA club Hlompho Kekana is playing for since his career debut at Black Leopards FC back to 2004/05 season.

His arrival at Mamelodi Sundowns and the time of glory

He will win another South African first tier trophy in 2015/16 season and settle himself as one the key players of Masandawana workforce.

In 2015/2016, he won the treble with Sundowns as they clinched Premier Soccer League title, CAF Champions league one and Telkom Knockout Cup.

For the last three seasons, Kekana won at least a title as Mamelodi Sundowns are reigning over South African top-flight.

This season, the 35-year old won his seven PSL title but still, he is humble.

“They call me a captain, their leader. I called myself a member of the team, their teammate. I’m just someone who does not want to let my team and my teammates down” he wrote on Twitter following Brazilians third consecutive title.

Moreover, Hlompho Kekana is one of the rare players to have more than 500 caps in South African top-tier.

However, he has not had a blossoming childhood but he turned the situation down through hard work as he recalled it some months ago.

“I was born into a world where my circumstances placed the odds against me. A life where I needed to survive did not break me. I am Hlompho Kekana” he posted on Twitter in September 2019.

He is seen as one of the best long range shooters in the world. He netted a stunning record of seven goals in a single game eight years ago (March 2012) as Sundowns trashed Powerlines FC 24-0 in the Nedbank Cup.

In addition, Hlompho Kekana is a living legend. And Sundowns officials did well in extending his contract until June 2024 back to March 2020.