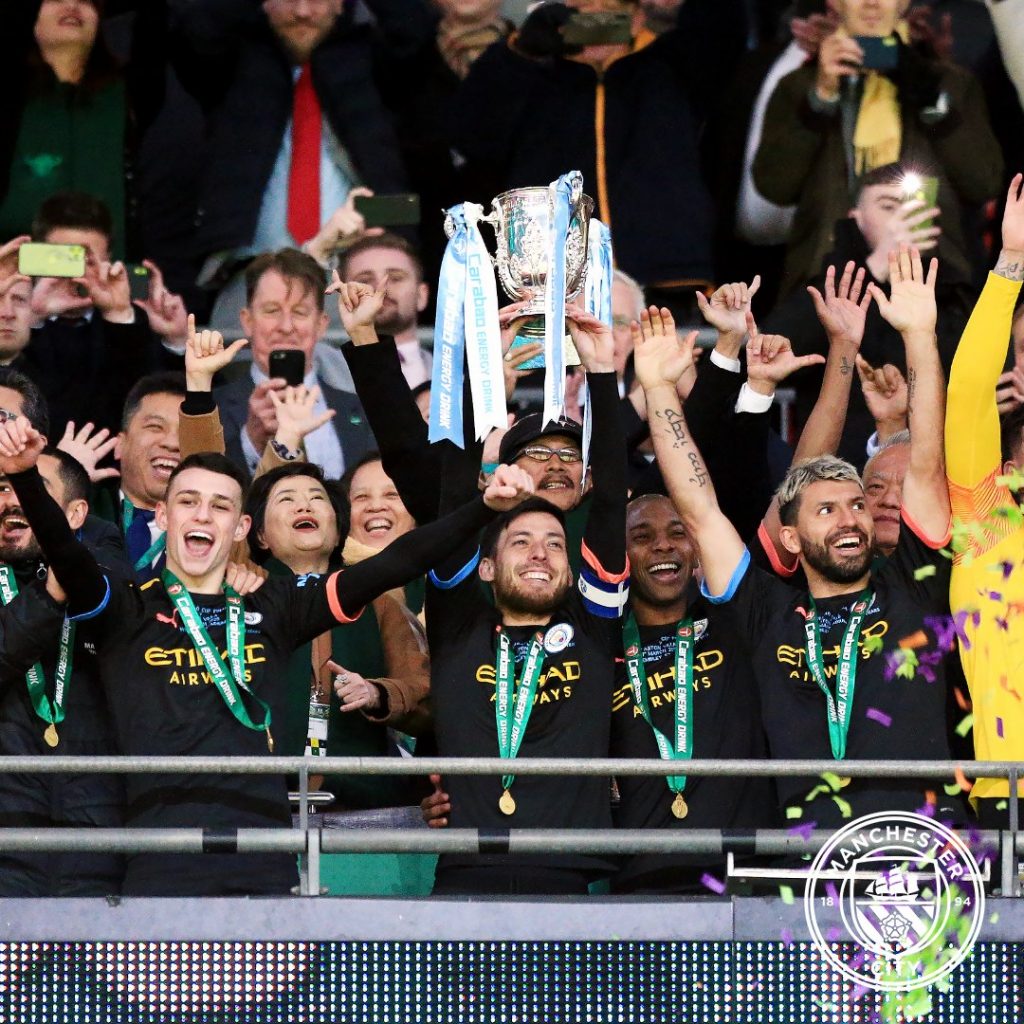 Manchester City will begin their Carabao Cup title defense against Bournemouth or Cystal Palace in the Round Three after the draws was held on Sunday.

The draw took place on Sunday following the conclusion of the Brentford’s Round One tie against Wycombe Wanders.

It reads as follows,

“The draws for Round Two and Three of the Carabao Cup has been confirmed.

“The draw took place live on Sky Sports this afternoon, following the conclusion of Brentford’s Round One tie against Wycombe Wanderers.

“The Round Three draw also took place with each tie given a number in the order that they came out in the Round Two draw – they will then be subject to another unseeded draw on an either/or basis, alongside the seven Premier League Clubs competing in Europe who enter at this stage.

The Cityzens also confirmed the draws on its official website.

“We will be facing @afcbournemouth or @CPFC at the Etihad Stadium in the @Carabao_Cup third round on the week commencing September 21st! 💪

Wilfred Ndidi and Kelechi Iheanacho will be hoping to help Leicester City to stop Arsenal in round three as both teams will face each other.

Liverpool will be away to either Branford or Lincoln City.

Last season runners up, Aston Villla will have to beat their opponent, Burton Albion before the play either or Bristol City or Northampton.

Chelsea will play Middlesbrough or Barnsley.

The tie will take place the week commencing Monday 21 September.

This season the Carabao Cup semi-finals will be one-legged ties, with the game to be played at the venue of the club drawn out first.

The full third round draw is:

This season the Carabao Cup semi-finals will be one-legged ties, with the game to be played at the venue of the club drawn out first.