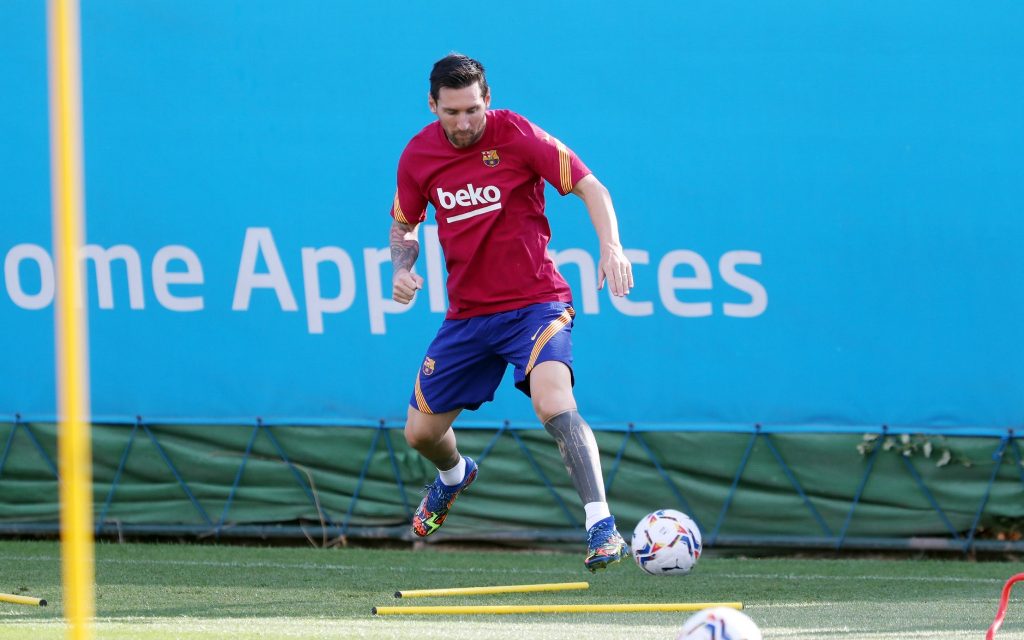 After weeks of boycott ing training to force his ways out of Barcelona, Lionel Messi has returned to training with the club on Monday.

Messi was on the verge of quitting the club he joined almost 20 years after he submitted a transfer request on August 25.

However, the Barcelona all-time top scorer rescinded to his decision and decided to see off his contract with the Blaugrana following talks with his father who is also his agent.

Barcelona had the backing of La Liga Santander who insisted that any club that wants to buy the player must match his release clause of £624m.

A dissatisfied Messi decided to stay out of training and any other club activities but after last Friday talk he said he doesn’t want any legal tussle.

Messi who had refused to turn up for COVID-19 test in the club drove himself to training to begin preparation for next season.

This will be his first training with his teammates since the arrival of Ronald Koeman.

Barcelona had one of its worst season in the just concluded 2019-2020 season ending it trophyless.

They also suffered a 8-1 loss to Bayern Munich in the quarterfinal of the UEFA Champions League in Lisbon, Portugal.

The Catalans will begin their 2020-2021 La Liga campaign against Villarreal on 27 September.