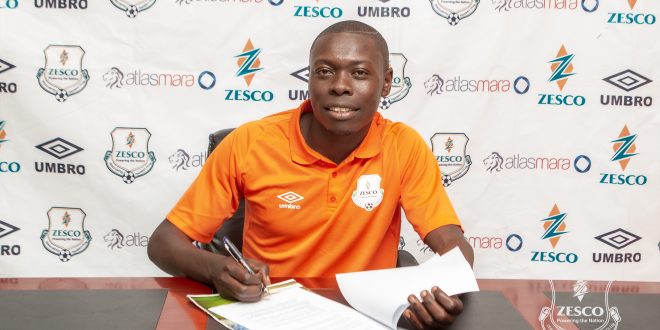 Zesco United have confirmed the signing of Kelvin Mubanga Kampamba from Nkana FC. The 23-year-old midfielder pens a two-year contract with Zesco.

“Zesco United Football Club is delighted to announce the signing of Kelvin Kampamba from Nkana.  The Zambian international midfielder, has signed a two-year pre-contract agreement with the eight-times Super League Champions subject to completing medicals.” the club wrote on their official website.

On the other hand, the player himself has expressed excitement on his move to Ndola outfit.

“It’s not an easy thing to move from Nkana to Zesco United but I know that I am joining a big football club. It is unfortunate that we are not going to represent Zambia in the CAF Competitions,” Mubanga said after his signing.

“I am here to help the team reclaim the title and qualify for CAF competitions. I am very excited to join Zesco United because this is a team that I have admired for some time.”