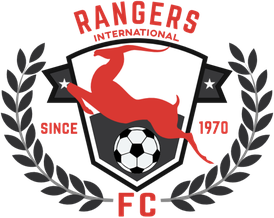 Nigeria Professional Football League (NPFL) club, Rangers International has asked all their players to return to camp to begin preparation for next season.

The Nigeria government last week gave the green light for sports to resume with no fans as part of effort in the gradual easing of lock down.

“Management of Rangers International F.C have set Sunday, September 13, 2020 as resumption date for its old and new players for the fast approaching 2020/2021 NPFL season.”

Rangers became the first club to officially ask their players to resume camp after the NPFL was suspended in March after the outbreak of the COVID-19.

Following the lift of ban on sporting activities due to outbreak of COVID-19 the League Management Company (LMC) asked all clubs to submit their respective licensing application.

LMC said the decision is a compulsory requirement for all clubs intending to participate in the 2020/2021 NPFL season.

According to a statement issued by the LMC to all clubs they are expected to as from September 18th begin submission of licensing applications with supporting document.

LMC is also expected to meet with all clubs today through videoconferencing on how to effectively carry out documentation for licensing.

Meanwhile, all clubs are expected to as from September 18th begin submission of licensing applications with supporting document.

Also spot checking of the clubs by the First Instant Body (FIB) under the jurisdiction of the LMC to verify submissions made will begin from September 21-26.

There has been no date fixed yet for the 2020/2021 NPFL resumption despite and earlier decision by the LMC to result the league by September or October.

The NFF Club licensing regulation/ conditions have been in place since 2014 and has seen a gradual/phased application.