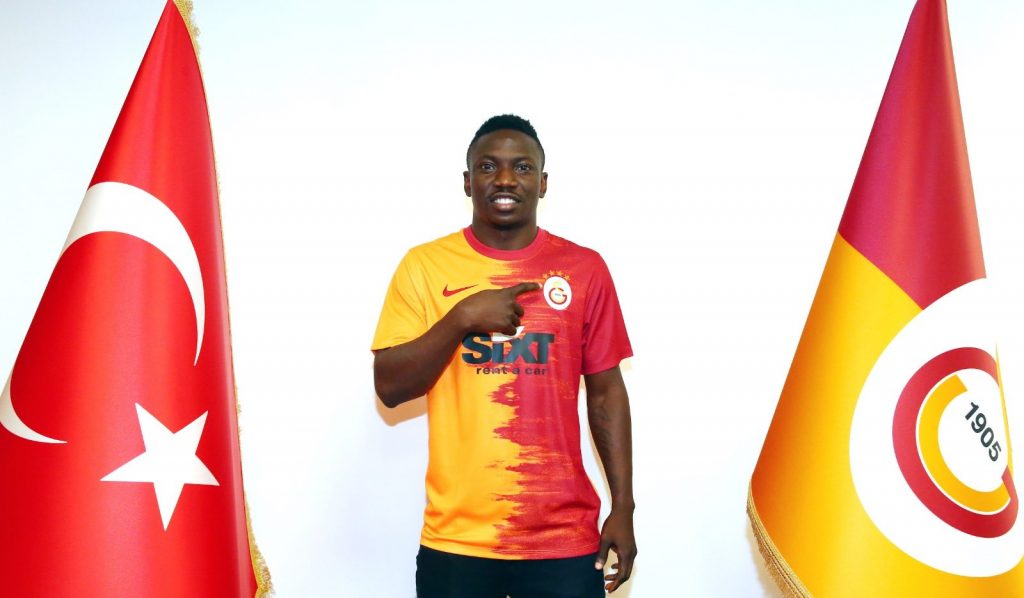 Etebo was on Wednesday unveiled by Galatasaray following another loan spell from Stoke City ahead of the the new season.

Etebo spent the second stanza of last season on loan with Getafe in La Liga from Stoke City.

He wrote, “I am excited to announce my arrival at Galatasaray.

“I am looking forward to this amazing opportunity and I am happy to be part of such a historic club.

“Thank you to everyone at @stokecity and thank you to @dwsportsmanagement team.”

“Galatasaray Sportif A.Ş. informed the Public Disclosure Platform that an agreement was reached for the rental transfer of professional football player Oghenekaro Etebo until the end of the season.

“We welcome Oghenekaro Etebo to our club and wish him a successful season under the Galatasaray jersey.”

“Peter Etebo has this evening joined Turkish side Galatasaray on a season-long loan.”

Etebo joined Stoke City in 2018 before the FIFA World Cup in Russia after spending most of the season on loan with Las Palmas.

He was then loaned to Las Palmas after half a season there in other to gain more experience.

He made 45 matches in the England Championship League for the Potters who failed to regain promotion back to the Premier League.

Etebo returned to Spain with Getafe in January 2020 and made 11 appearances where he scored one goal.