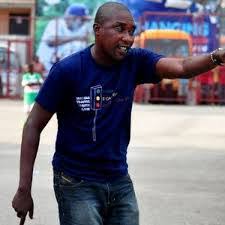 Mr Osahon stated this during an exclusive telephone interview with Africa Top Sports as he discussed several issues surrounding the NWFL and the return of Sports after the lockdown.

Your perception since the federal government announced that sports activities can resume behind closed doors and adherence to COVID-19 guidelines?

“It’s a very good move by the Federal Government, he began.”

“All they need to do also is at least ensure that every other steps to take care of it’s citizens as well as players are put in place.”

On whether the NWFL will soon restart after the 2019/2020 season was declared void due to the COVID-19.

“The NWFL has already asked clubs to come and do registration proper.

“Clubs will be given ultimatum and modalities on how to do that and complete it within the stipulated time.

“For us in the NWFL, we are doing our own plans but we still await for the final directive from the Nigeria Football Federation (NFF).”

Commenting on the straight league format that the Nigeria women premiership wants to revert to, the FC Robo Chairman kicked against it.

He advocated that adopting a Super six rather that the Super four will be feasible especially with the current insecurity in the country.

“I have continuously suggested that we have a Super six play off to determine the best of the best.

“To me I don’t subscribe to the straight league format others are agitating for.

“With the present insecurity across the country, it will not be advisable to subject players to travelling.

“Our visionary chairperson, Aisha Falode came on board and suggested we have two groups where the best two play the Super Four.

“She took everything upon herself and we have seen many success stories from it in terms of organising.

“Her dogged efforts have led us this far, but reverting to a straight league, I don’t think we are ready yet for that.

“She has been the one moving around to her sponsors for the league.

“Your were there when we rebranded the league and you can see she has a motherly heart for the development of the league.

“Do we have the facilities, mobilitiesand financial capability? Is a question that we should ask ourself first.

“Some clubs are owing players up to 18 months and they are yet to pay them.

“This is the job of the girls, some of them are bread winners for their family and some of them instead of living a wayward life decided to channel their strength into football.

“For us here at FC Robo, it has not been an easy task.

“You know as a one man business and with no support from the State government or even the local  government, we must keep the club running.

“We have to train the girls and make them feel comfortable.

“We have never defaulted on their payment since our inception.

“During the lock down, we still paid them their wages weekly and I thank God for that.”

Commenting on the newly introduced CAF Women Champions League, he said it is a welcome development.

“We are definitely ready, I believe any club that is selected to represent our country in the maiden edition will do us proud.

“We are awaiting how the format will be then see how the selection will be made, he concluded.”