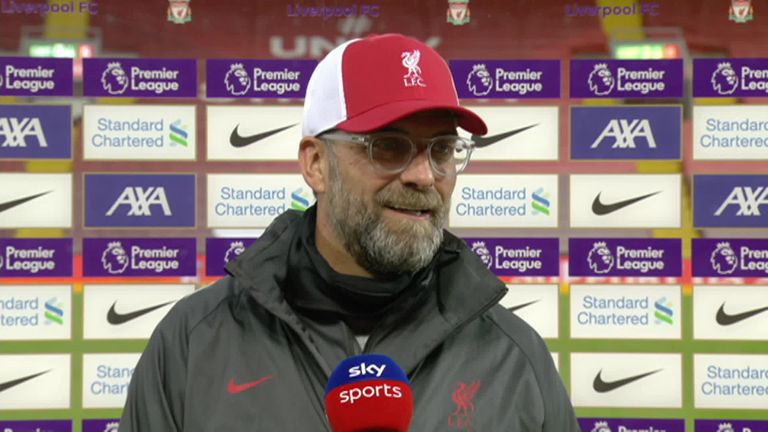 Leeds United proved that they are really Championship’s champions despite having lost to 4-3 in their first Premier League game against Liverpool of Jurgen Klopp.

Marcelo Bielsa’s men equalized three times before Mohamed Salah took on his responsibilities as he net a hat-trick with a late penalty to secure win for the Anfield outfit.

Though Leeds have lost, Liverpool Boss Klopp retained positive of Leeds’ performance as Reds’ boss called them “unbelievable team” after the game.

“I congratulated everyone of their team, what a team they are. Unbelievable. I will watch them quite often during the season,” Klopp told Sky Sports.

“What a game, what an opponent, what a performance from both teams. A proper spectacle, I loved that.

“It is pretty rare you see that many goals in a game, we have left space for improvement in our defending but that is not unusual for a first game. Our players have played a few days ago for their countries so it is possible.

“The opponent forced us to make mistakes, we can do better, we will do better but I loved a lot about the game against a well-organised, passionate side like Leeds. We used our skills to cause them problems, we could have scored more and in the end we used set-pieces which is fine by me.

“It is not like riding a bike, you can lose something in pre-season and it takes time to all come together again. I am really positive about this game. Leeds will have a good season if they can keep up that intensity and they did it in the Championship with more games so why not?” he added.