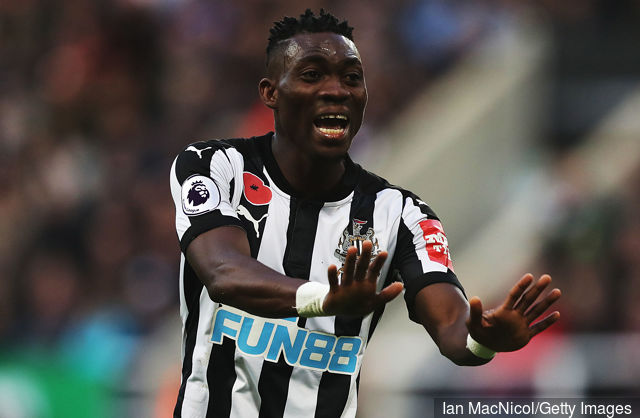 Christian Atsu is transfer-listed by Premier League side Newcastle United as the Boss Steve Bruce clearly told him to find himself a new club.

Ghanaian midfielder should be thinking about where to go after tis public declaration of Newcastle Boss Steve Bruce.

The Manager told media on Monday that the 30-year-old and three other players including Senegal international Henri Saivet will have to quit the club.

“I like Christian – the same goes for [Yoshinori] Muto – trains every day, works tirelessly, [and is] a good professional,” Steve Bruce told the BBC Newcastle.

“But in a situation where, are they going to play enough? There has to come a time when they go and play football,” the 59-year-old manager said.