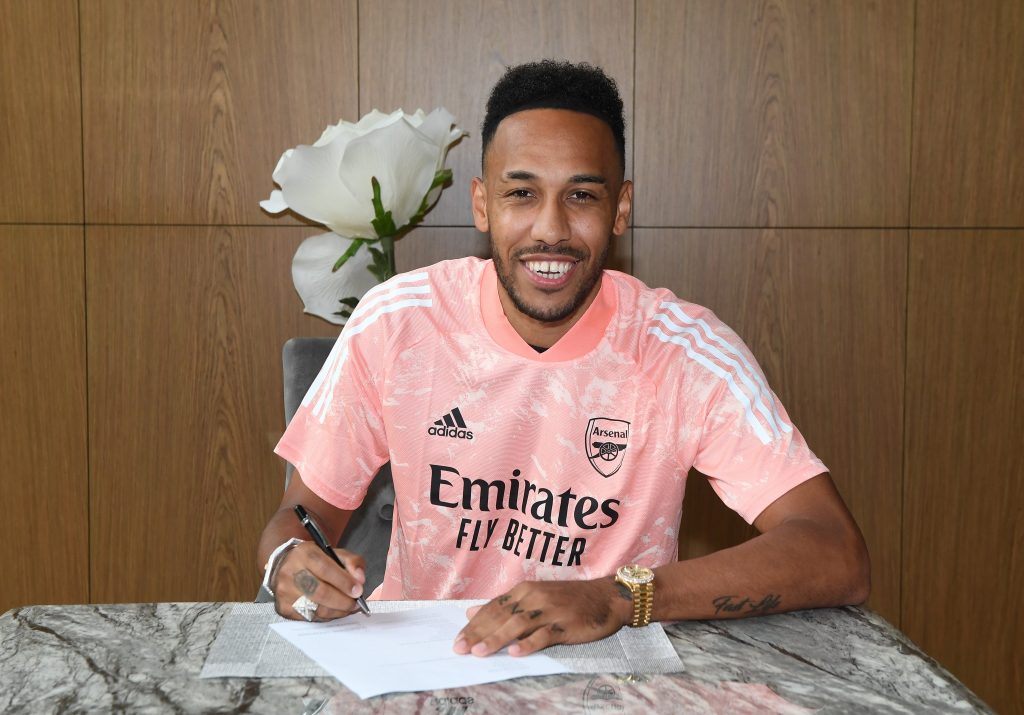 Pierre-Emerick Aubameyang says he wants to leave a legacy just like other Arsenal legends after agreeing on a new three-contract with the club.

Aubameyang put an end to all transfer rumours with a long-term contract with the Gunners on Tuesday.

Arsenal announced the contract via their official website www.arsenal.com

Speaking after reviewing his contract the forward said he was never in doubt to extend his contract.

“Signing for this special club was never in doubt,” he told www.arsenal.com.

“It’s thanks to our fans, my team-mates, my family and everybody at this club that I feel like I belong here.

“I believe in Arsenal. We can achieve big things together.

“We have something exciting here and I believe the best is to come for Arsenal.”

In a short video to officially announce the contract extension he said, he knew about the club before joining from Dortmund.

” Of course I knew about Arsenal before I arrived.

“Everybody knows how special this club is.

“Even though I arrived here as a world champion, I was nobody.

“I have seen incredible players, if you just put yourself first, then you’re wrong.

“I’ll be trying to win it, I don’t see any other ways.

“I dream of being among one of the invincible players and among the best and staying in the hearts of the fans forever.

“I want to become an Arsenal legend just like Thierry, Wrighty, Adams and Bergkamp, too many to mention.

“My dad is my biggest inspiration and he was captain of his club and his country.

“So it means so much to me to be the captain of this special club.

“I want to leave a legacy. This is where I belong, this is my family’ he concluded.”

The 31-year old was instrumental for the Gunners last season scoring on the final of the FA Cup to give them the title.

He went on to also score against Liverpool in this season Community Shield as Arsenal defeated the Premier League Champions.

Aubameyang who joined Arsenal from Borussia Dortmund in January 2018 and has since made 111 appearances and scored 72 goals.

The Gabon international continued his goal-scoring form this season netting the third goal in Arsenal 3-0 win against Fulham.