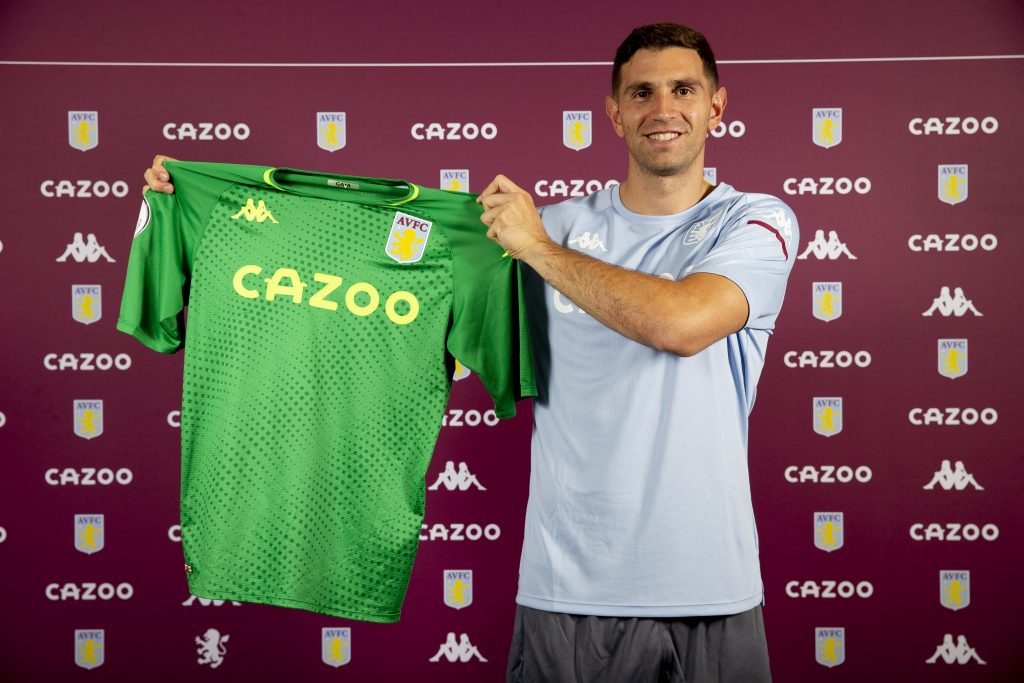 Aston Villa have announced the signing of Argentine goalkeeper Emiliano Martinez from Arsenal on a four-year deal after a ten years spell with the Gunners.

Emiliano Martinez leaves Arsenal. Arrived in the Emirates Stadium back to 2010 from Argentine side Independiente. But his memorable season with gunners remains the 2019/20 one as he performed well to help Mikel Arteta’s team in securing both FA Cup and Community Shield titles.

“Aston Villa is delighted to announce the signing of Emiliano Martinez from Arsenal.” Villans rote on their official website.

Their boss, Dean Smith hails him as a top class goalkeeper.

“We are really pleased with the signing of our new goalkeeper Emiliano Martinez.” Smith said.

“We know how highly Arsenal rated him and we watched his outstanding performances last season in a trophy-winning top side.

“We moved for Emi when we saw the opportunity, as it is rare to be able to buy a top class goalkeeper who hasn’t yet reached their peak age and who can therefore be a key player for our Club for the long term.” he added.

In addition, Emi Martinez made 39 first-team appearances with Arsenal.

His Goodbye message to Arsenal fans

“Thank you, thank you for all of the years [of support],” Martinez told Arsenal.com. “I thank God for having the opportunity over the past few months to show the Arsenal fanbase what I am made of, and why I went on loan so many times.” he told Arsenal.com

“It was always to come back and win them trophies and give them silverware. I did it, I feel prouder than ever.

“They made me as a goalkeeper; not just the club, not just my goalkeeping coaches but the fans as well because they supported me, gave me the confidence to perform as well and I wish them all the best and hope they win many, many trophies. Thank you. That’s all I can say.” Emi added.