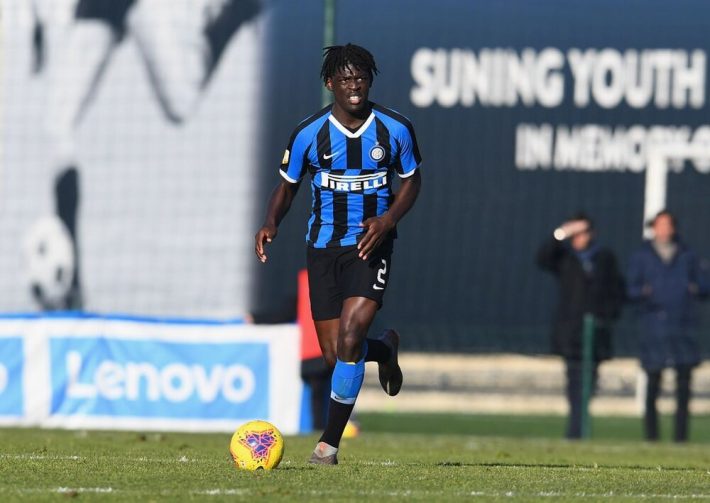 French-born centre-back with Cameroonian roots Etienne Youte Kinkoue has extended his contract until 2024 with Italian top-flight side Inter Milan.

Etienne Youte Kinkoue (18), brilliant with Primavera in 2019/20, extended his contract with Inter. According to Footmercato , the young French defender of Cameroonian origin is now linked to the Nerazzurri until June 2024. The defender born in 2002 has also received loan offers from minor categories, but Nerazzurri management prefers him to remain at Milan to continue its progression with the Under 19s, gradually opening up to the first team as well.

The former France U-17 player (8 apps, 1 goal), who was courted by Spanish and English teams, trained several times under the orders of Antonio Conte last season.