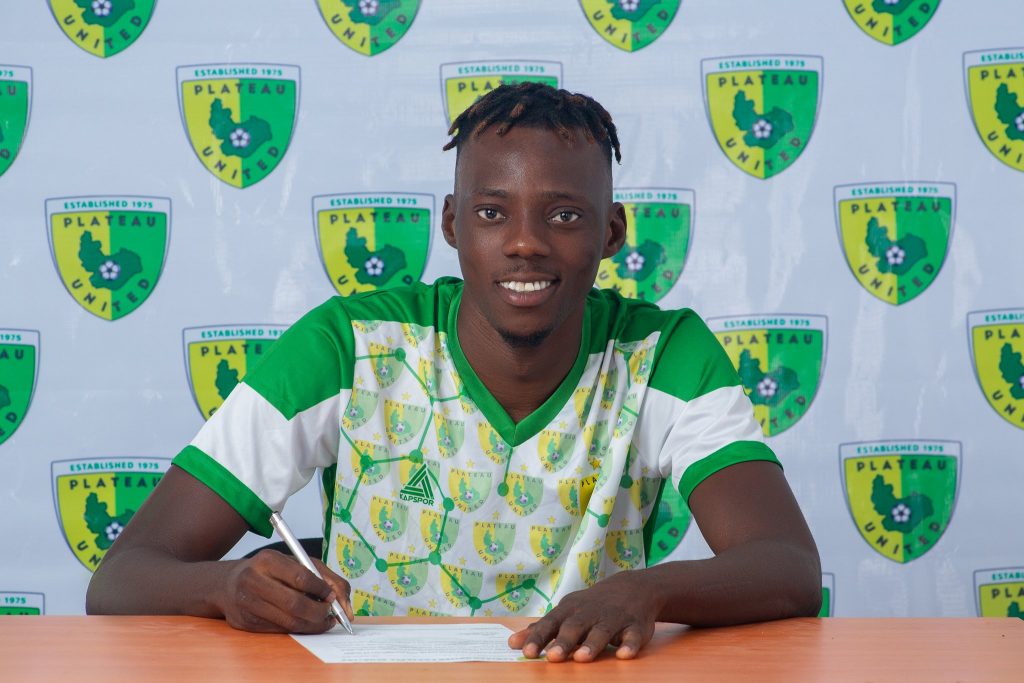 The deal was confirmed on Wednesday by the player who also penned an emotional farewell to Plateau United.

He later joined Abia Warriors last season.
The forward after completing his move said he hope to help Plateau United win titles in the coming season.

“I want to appreciate Plateau United management and coaching staff for this amazing opportunity to be part of this great family.

” It was fun at FK Pribram B in Czech Republic while it last, the experience will definitely shape my future.

“When I arrived in Jos to sign my contract, the reception I received from the management and coaching staff was unprecedented.

“And it dawn on me that I have taken the best decision of my career.

” To my family and fans, I will count on your support and prayers on this new journey.

“We have a target we must accomplish in Jos, to win titles and ensure Plateau United is a big force in Nigeria and Africa.

” I am looking forward to meet with Plateau United fans.

“I have heard so much about their overwhelming support for this team.

” I can’t also wait to walk with my teammates.

“I have spoken with a lot of them on phone and the positive energy I have gotten is lovely.

” This is my family, this is my home! Up Plateau United, he concluded.”

Abia Warriors confirmed the move by wishing the player all the best in his new club.

They will be representing Nigeria in next season CAF Champions League.