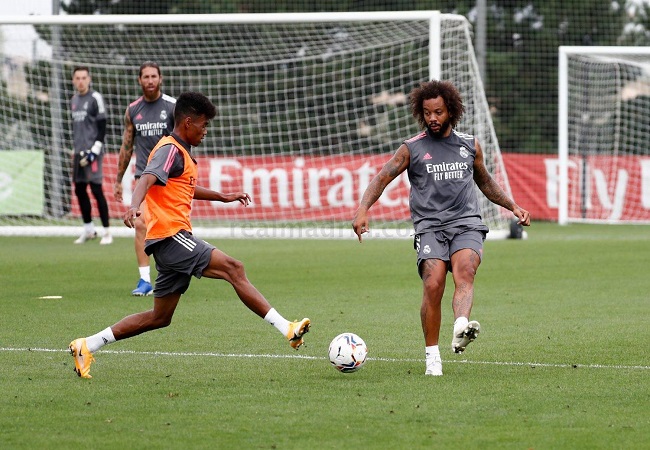 Promoted to the first team, Marvin Akinlabi’s performance on his non-competitive debut for Real Madrid against Getafe on Tuesday must have certainly impressed Zidane.

The French football tactician continues to run the rule over Akinlabi. Zinedine Zidane intends to line up the younsgter for Real Madrid’s La Liga opener against Real Sociedad. The game will tke place at the Reale Arena this coming Sunday.

According to training photos published by the official website, Akinlabi took part in Thursday’s workout at Real Madrid City.

With Gareth Bale’s exit looming ahead, the Nigerian youngster who plays the same role as the Tottenham Hotspur-bound winger could climb up the pecking order at Los Blancos.

The Spanish-born winger of Nigerian descent started the first half of Real Madrid’s win against Getafe. He helped the Spanish champions to take a 6-0 lead into the break.

Marvin Akinlabi will become the first Nigeria-eligible player appearing in Real Madrid’s first team if he plays against Real Sociedad.