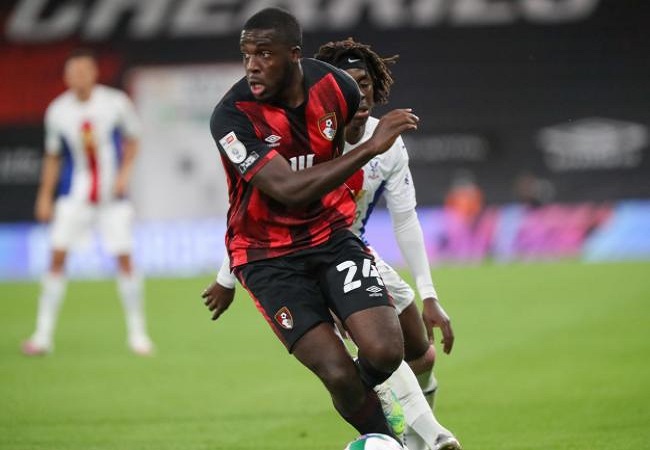 Nnamdi Ofoborh made a competitive debut against Crystal Palace in the second round of the Carabao Cup on Tuesday. Shaun Cooper, Bournemouth U21 coach has praised Flying Eagles midfielder for his performance.

Predominantly a central midfielder, the former Tottenham Hotspur youth-teamer caught the eye playing as a central defender. It was during the win on penalties against the Eagles, preventing Chelsea loanee Michy Batshuayi, Jeffrey Schlupp and Ebere Eze from finding the net.

“I thought they both did really well. Nnamdi had a fantastic season with Wycombe last year, experiencing first-team football and winning a promotion.” Cooper said to Bournemouth’s official website as he appreciated the performance of Ofoborh.

“He was probably a bit more ready for it in that respect. But I still thought he did really well playing on the right of a back three. His passing in the first half was good. And as a character, he is solid and reliable.” He concluded.

Ofoborh capped off a fine performance by scoring Bournemouth’s ninth kick in the shootout.