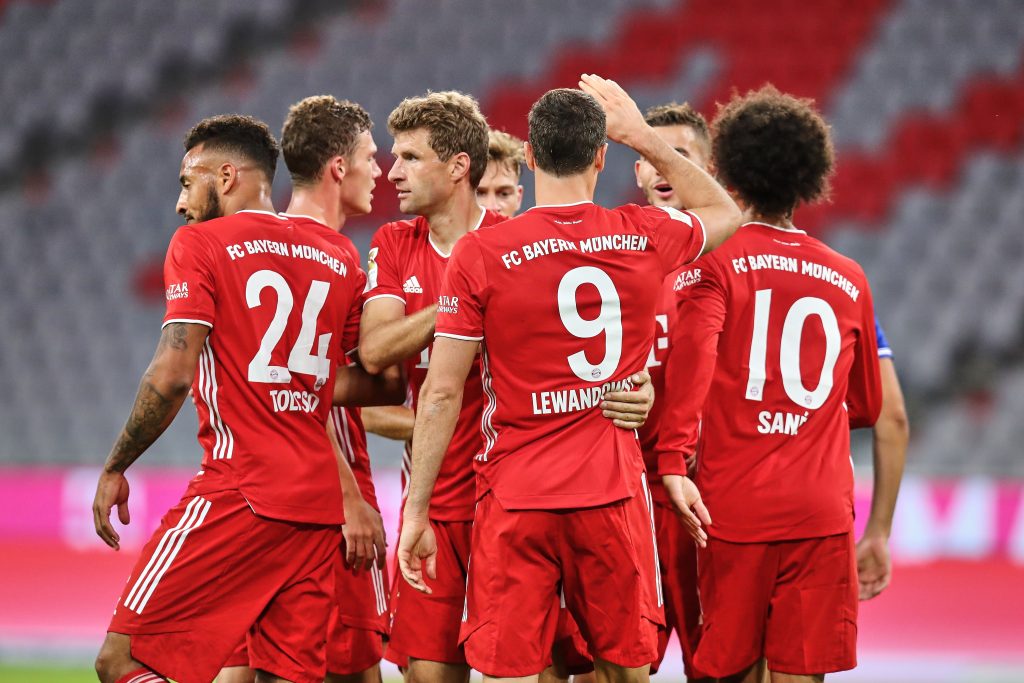 It was a perfect start for the champions who came out in full force to begin their title defense in the new campaign.

The visitors threatened Bayern as they started on a bright note with new signing Goncalo Paciencia effort denied Manuel Neuer.

That effort was a shot in the arm for Bayern who began to torment Schalke 04.

Gnabry broke the deadlock for Bayern in the 4th minute turningSchalke captain Benjamin Stambouli to make space for a left-foot shot which left Ralf Fährmann no chance.

Despite the pressure, Schalke refused to give as they looked for an early equaliser.

They left their defence unguarded again as Müller teed up Leon Goretzka to score against his former club.

Lewandowski scored the third from the spot after he was brought down by Ozan Kabak in a clear goal attempt.

Niklas Süle effort hit the woodwork as the first half ended 3-0.

Bayern resumed the second half from where they stopped as Leroy Sane set up Gnabry for his brace of the game in the 47th minute to make it 4-0.

The former Manchester City winger went on to provide another assist for Gnabry to score his first-ever Bundesliga hat trick making it 5-0.

It became no longer a contest but utter humiliation as Lewandowski set up Muller volley in the sixth goal.

Sane made it 7-0 with his debut goal for Bayern with Joshua Kimmich provide the assist.

Musiala completed the routing with his first Bundesliga goal making it 8-0 as the champions sent a statement to other teams of their intention to retain the title.

The victory become Bundesliga record in an opening game as Bayern became the first team to score more than six goals.