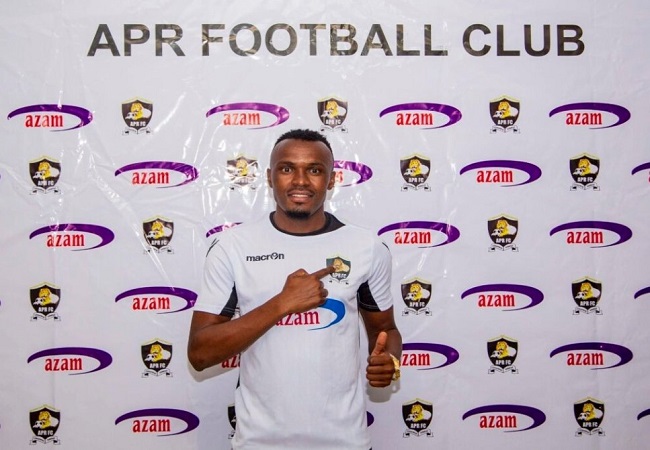 “APR FC have officially announced the signing of Amavubi national team striker Jacques Tuyisenge, after his exit from Angola’s Petro Atletico de Luanda. Where he played for one year. He has signed a two-year contract with the team.”  The club confirmed on their official website.

Rwandan attacker confirmed on 24 August he wasn’t going to be part of Os Tricolores for the 2020/21 Girabola campaign.

“I feel very grateful to have had an opportunity to be part of the Petro de Luanda family. It has been a great experience with you all. Thank you for giving me the chance to fulfil my potential here. I wish you the best in this continuing journey.” Tuyisenge posted on his official Facebook page.

The striker left K’Ogalo for Angola in 2019, after helping the Kenyan Premier League (KPL) side win three league titles during his three-year stint with the club.

Despite his exit, the Rwandan international affirmed K’Ogalo will remain part of his history as he left to join Atletico. Tuyisenge arrived at Gor Mahia in January 2016 and became a regular goalscorer for the Kenya giants. He managed to score 50 goals for the team and was one of the best strikers in the division.