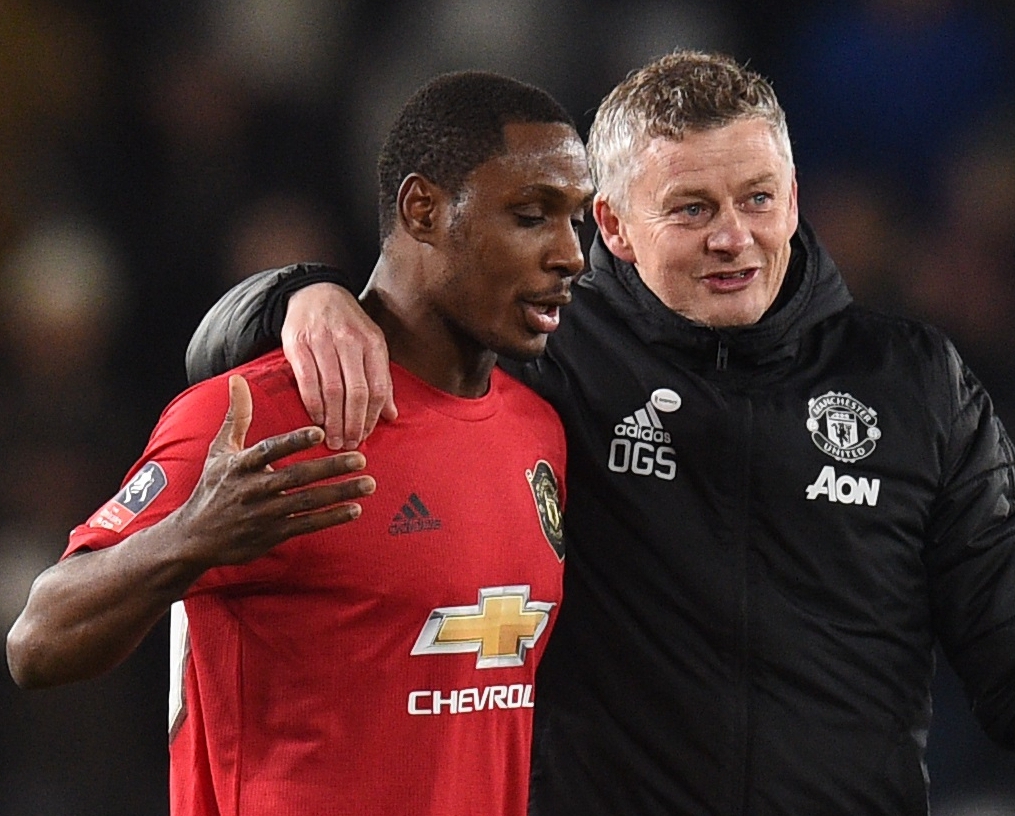 Odion Ighalo may start for Manchester United in ahead of their Carabao Cup third round match against Luton Town on Tuesday night.

Ighalo made a last minute cameo in Manchester United 3-1 defeat at Old Trafford to Crystal Palace in their Premier League opener.

The forward came in for defender, Timothy Fosu-Mensah in the 81 minutes.

Manchester United manager Ole Gunnar Solksjaer has confirm that he will rotate his squad for the game.

Read Also: Manchester United : Odion Ighalo Not In The Top 6 Player Of The Year

Players like Phil Jones and Axel Tuanzebe were out at the weekend due to injury.

With no injury worries in his squad Solksjaer will want to give some players time to rest and be fit ahead of crucial games.

The manager while speaking in his pre-match conference told club media that his team need to be in good shape.

“Of course we will. For some, it’s the pre-season and, for some, they’ve only been here for a week now, for different reasons.

“Some of them need game-time, they do and we can see we’re lacking in sharpness.

“We just need to make the most of the training sessions and games we have.”

Asked if there are any fitness concerns, the boss said: ”No injuries, no fresh injuries after that game [on Saturday] but, as I said, we’ll rotate and give some minutes.

“Some, after the game, will do some harder training this week to get ready for Brighton.

“Some will join the squad and go down there.

It will be interesting to see if goalkeeper Dean Henderson makes his competitive debut for the club, after returning from loan, while it is hoped some individuals may be in a position to step up their fitness.

Mason Greenwood came off the bench at half-time against the Eagles, with goalscorer Donny van de Beek and Odion Ighalo the other substitutes used at Old Trafford.