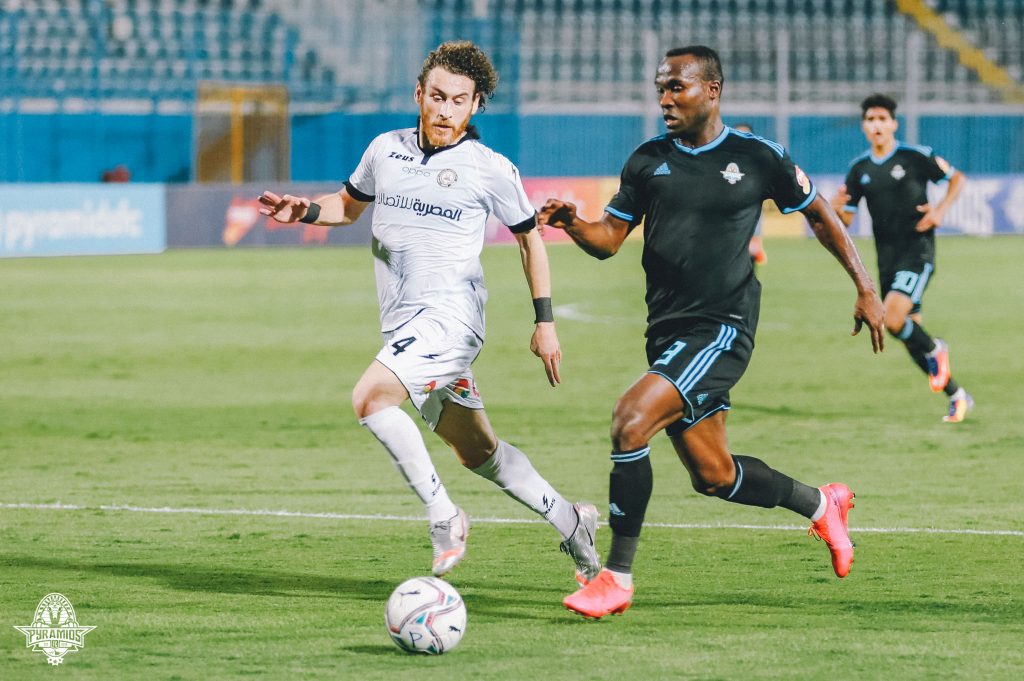 Ghanaian striker John Antwi is born to score. The 28-year-old forward scored the single goal that offered Pyramids a victory over Haras El-Hodood on the matchday 28 of Egyptian Premier League, Sunday.

Who else ? If not him ! John Antwi is the indisputable leader of the White Knights who downed El-Hodood Sunday night.

Eight minutes prior to the half-time, the former Al Ahly and Ismaily forward opened the scoring and gave the lead to Ante Cacic team. The scoreline remained unchanged till the end of the game.

The Cairo side decided to honour their striker for the historic feat as he became a week ago, the first foreign player to score 100 goals in Egyptian leagues. He is now at 103 after last night’s strike against Haras El-Hodood.

Antwi scored 35 with Ismaily during his time there between 2012 and 2015. Moreover, he found the net eleven times with Al Ahly from 2017 to 2018 before adding 40 goals to his statistics with Misr EL Makasa and joined Pyramids in summer 2019. The 28 goals are scored in Egypt Cup, CAF Champions league and Confederation Cup.

By scoring again last night, John Antwi has now netted 17 goals with White Knights. His seventh in this ongoing season with three in his last two games. Incredible.

In addition, Pyramids will make a trip to Ismaila Stadium on Thursday (6PM ) to face John Antwi’s former club Ismaily.