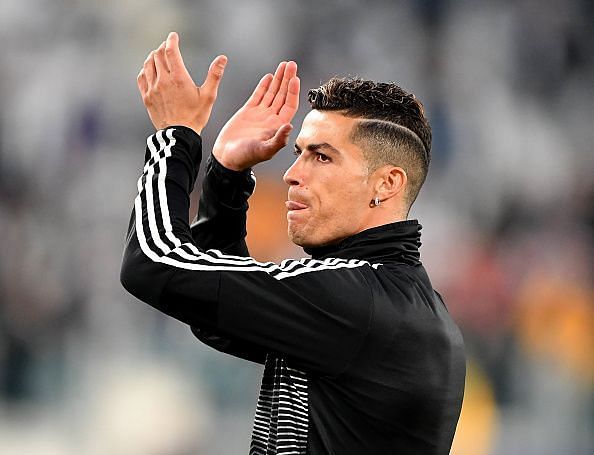 Sporting Clube have announced that ow will  rename the club academy after their former player and 5-time Ballon d’Or winner Cristiano Ronaldo.

The Portuguese club said the decision was made in recognition of their former players who have inspired others.

Africa Top Sports learnt from the club official website that theb tribute is part of a project to recognise several historic figures at the club.

The statement reads as follows,

“It is with great pride that Sporting Clube de Portugal announce the renaming of the club’s academy to the ‘Academia Cristiano Ronaldo.’

“The decision has been made to recognise one of the most legendary players to emerge from the Sporting CP youth setup,

who has gone on to become a 5-time Ballon d’Or winner and captain of Portugal’s European Championship and Nations League winning sides, amongst other honours.

“Cristiano Ronaldo joined the Sporting CP family in 1997 at the age of 12. On August 14th, 2002, at just 17 years of age, he made his senior debut against Internazionale.

“The renaming of the academy immortalises the name of a player who continues to inspire young talent, both in Portugal and worldwide.

“On a date to be announced, conditions permitting, the club will hold the official inauguration.

“This tribute is part of a project to recognise several historic figures at the club,

including some of the greatest talents to come through the youth system -who will have training pitches named after them.

“The Academia Cristiano Ronaldo will represent the excellence present in Sporting CP’s DNA,

and the drive to be the best characteristic of the player from whom it takes its new name.

At age 16, Ronaldo was promoted from Sporting’s youth team by first-team manager László Bölöni, who was impressed with his dribbling.

He subsequently became the first player to play for the club’s under-16, under-17 and under-18 teams, the B team, and the first team, all within a single season.

A year later, on 7 October 2002, Ronaldo made his debut in the Primeira Liga, against Moreirense, and scored two goals in their 3–0 win.