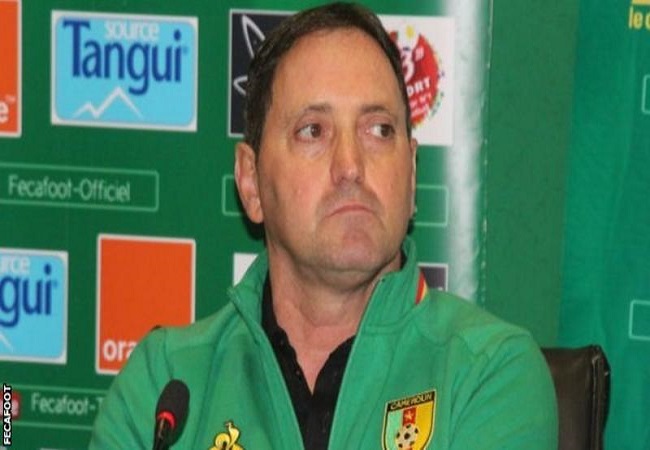 After the Covid-19 pandemic has slowed down sport activities, coach, António Conceicao is trying to rebuild the Indomitable Lions squad. To improve the team, the portuguese tactician is busy of looking for new talents both in Cameroon and further afield.

“I’m in regular dialogue with Fecafoot (the Cameroon Football Federation) to extend our work to the youth national teams. To make the best of our experience to for those teams.” He told BBC Sport Africa.

“Finding and developing new talent and bringing them to the national team is something that will make Cameroonians proud. I’m trying to improve the network in the countries where there are big Cameroonian expatriate communities through personal contacts. And I can then observe players that I have identified.

“We’ve also been reaching out to young Cameroonian players playing abroad that can end up playing for other countries. In order to try to bring them on-board and want to play for Cameroon.”

In November the Africa Cup of Nations qualifiers resume. And although Cameroon have qualified as hosts they are taking part in the campaign and have back-to-back games against Mozambique.

“It is a major responsibility, I know how important the national team is for all the people in Cameroon and the pride they have in their national team,”.

“There is the added responsibility of hosting the Nations Cup in Cameroon in 2022. So I am very conscious of the hard work and the difficulties that come with this task but I am very motivated.” He added.

The Portuguese has been in charge of the former African champions for a year after taking over from Dutchman Clarence Seedorf.