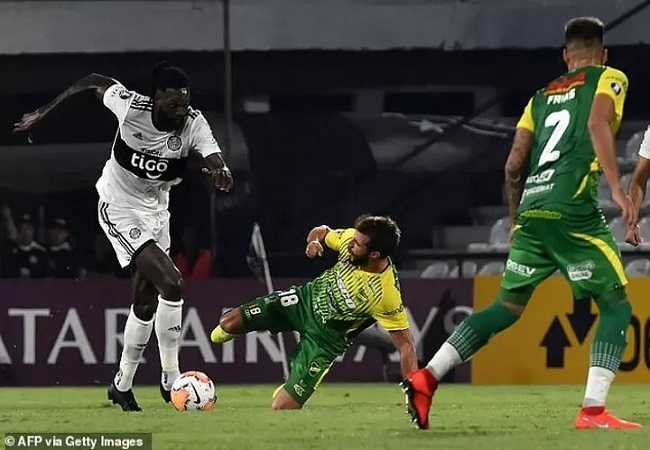 Emmanuel Adebayor is free from any contract after leaving Paraguayan club Olimpia last July. And the Baggies could sign Togolese international if they don’t succeed in aquiring a marksman during the extended window.

The Sun reported that West Brom manager Slaven Bilic has already entered talks with the 36-year-old scorer. The latter who desperately wants to return to the Premier League before retirement.

Adebayor has scored 97 goals in England’s top flight. And he has been training twice a day at his home in Ghana expecting to grab an opportunity to take his tally to a century.

Turkish club Fenerbahce have also shown interest in Adebayor. But the veteran forward has expressed his desire to join a fifth Premier League club of his career.

He arrived in England upon leaving Monaco for Arsenal in 2006 in a deal worth £3million. He scored 62 goals in 142 appearances before joining Manchester City in 2009. Adebayor memorably taunted Gunners fans by running the length of the pitch to celebrate in front of them after scoring for City in a 4-2 victory. The Lome-born star enjoyed a loan spell at Real Madrid then joined Tottenham. The Togolese Striker scored 42 goals in 113 games over four years with the North London club.

A disappointing stint at Crystal Palace followed in 2016 before the former African footballer of the year turned out for Istanbul Basaksehir, Kayserispor and Olimpia.