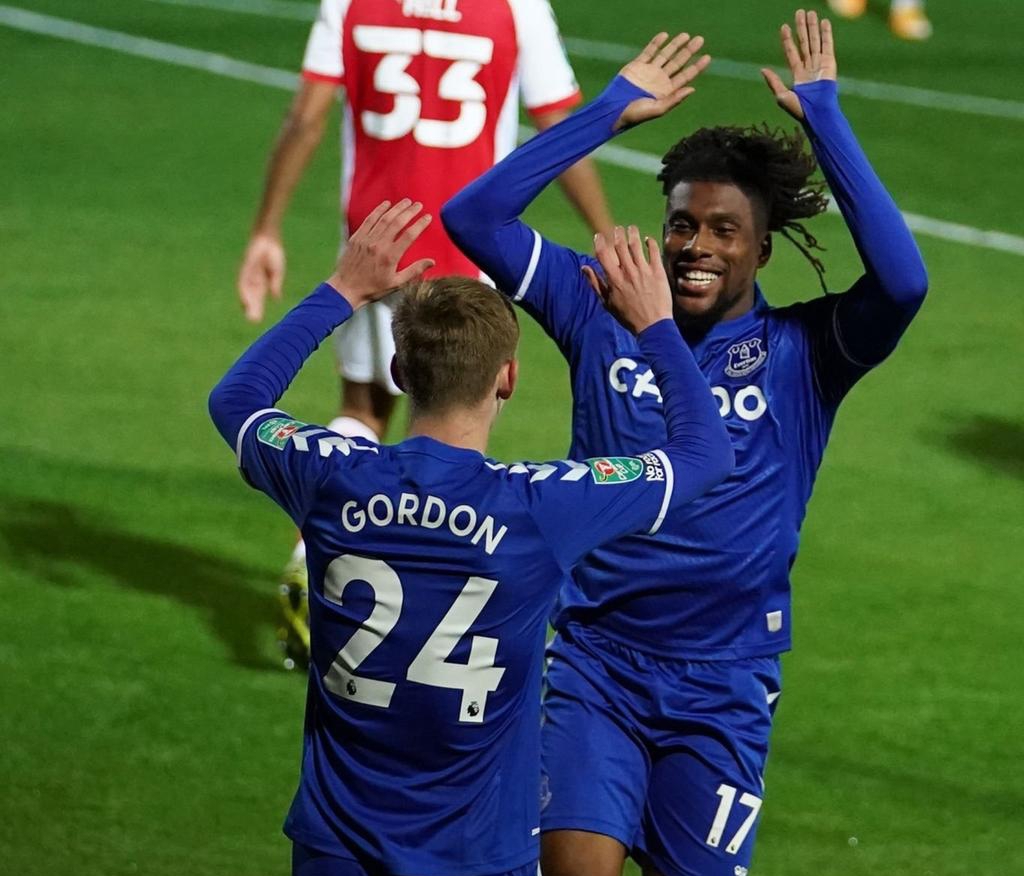 Alex Iwobi says he wants to be playing in every competition and will hopefully give Carlo Ancelotti headache in his team selection.

Iwobi put up an electrifying performance as Everton produced yet another five-goal performance against Fleetwood Town in the Carabao Cup.

Manager Ancelotti made six changes to his team for the tie at League One Fleetwood and Iwobi took his chance to catch the eye of his manager.

The former Arsenal scored his first goal of the season for the Toffees as Richarlison’s first-half double and goals from Bernard and substitute Moise Kean took them to the fourth round.

The Super Eagles midfielder in an interview with club media www.evertonfc.com talked about how he hope to get more playing time.

“It’s good experience for me to build fitness and I’m ready for all competitions so it’s good of the manager to give me this opportunity,” added Iwobi.

“It’s always good to score but the main thing is the team goes through to the next round.

“Everyone wants to play and I’m trying my best to play in all competitions – hopefully I can give the manager a headache and play as much as I can!”

Speaking on the team performances, Iwobi felt the depth of the squad enabled the manager to rotate the squad and got the players fired up.

“The performance shows the confidence and the quality we have, and the strength in depth,” said Iwobi.

“We were able to rotate the team and got a performance so it shows we have a good team for the season.

“They changed their formation and became more attacking [after the break] but we were able to withstand it and go to the next round.

“We now move on to the next round and hopefully we can beat West Ham as well.”

Everton will play West Ham United in the fourth round of the Carabao Cup at the Goodison Park.

They will also be hoping to extend their win in the Premier League to three ahead of Saturday trip to Selhurst Park against Crystal Palace.