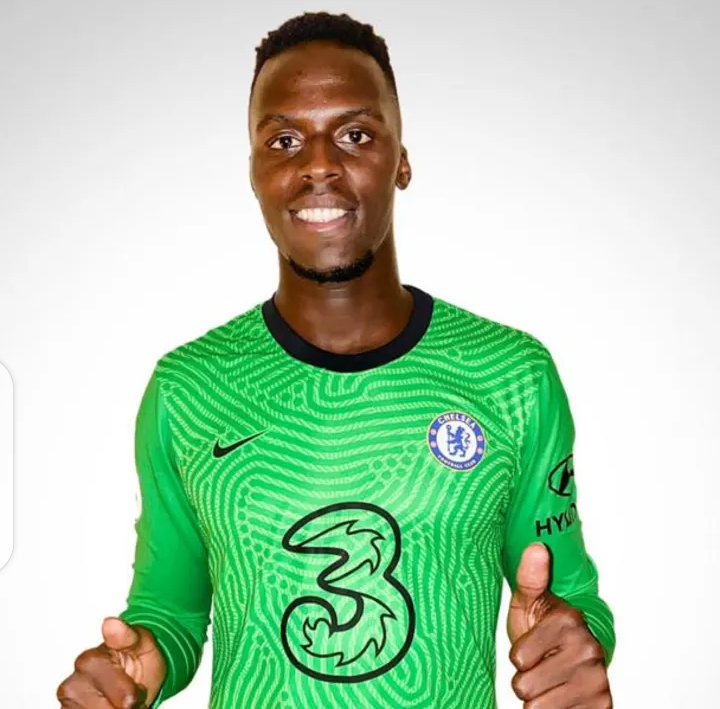 Senegalese goalkeeper Edouard Mendy says it was a dream come true to have joined Premier League club Chelsea from Rennes.

Mendy was officially unveiled on Thursday morning by Chelsea after passing his medicals.

The 28-year old signed a 5-year deal with the Blues and will compete with Kepa Arrizabalaga and Willy Caballero for a starting spot this season.

After signing all the necessary documents, the goalkeeper told www.chelseafc.com that he is ready to  work with Frank Lampard.

“I am so excited to be joining Chelsea.

“It’s a dream for me to be a part of this exciting squad and to work with Frank Lampard and all of his coaching staff.

“I look forward to meeting my team-mates and can’t wait to get started.”

On her part, Chelsea director Marina Granovskaia said the goalkeeper was the only player the club had targeted to beef up the goalkeeping department.

She said, “As soon as Petr Cech and our technical team identified Edouard as the most suitable goalkeeper to complement our existing group, there was only one player we wanted to bring in.

“Edouard arrives following a season of real success with Rennes, he is ambitious for more, and we welcome him to our club.”

Mendy who was born in Montivilliers in France started his career with AS Cherbourg in the third tier till 2014.

After a short stint with Ligue 1 side Marseille in the B team, he moved to Reims in 2016 where he established himself as first choice.

He helped Reims to win the Ligue 2 title in 2018 where he conceded on 24 goals which was the lowest in the league.

He moved to Rennes in the 2019/2020 season where he kept 13 clean sheets and conceded by 31 goals in 33 appearances before the league was suspended due to COVID-19.

Rennes finished third and qualified to the UEFA Champions League for the first time with Mendy playing a major role also.

He brought to Chelsea European competition experience having featured in four Europa League.