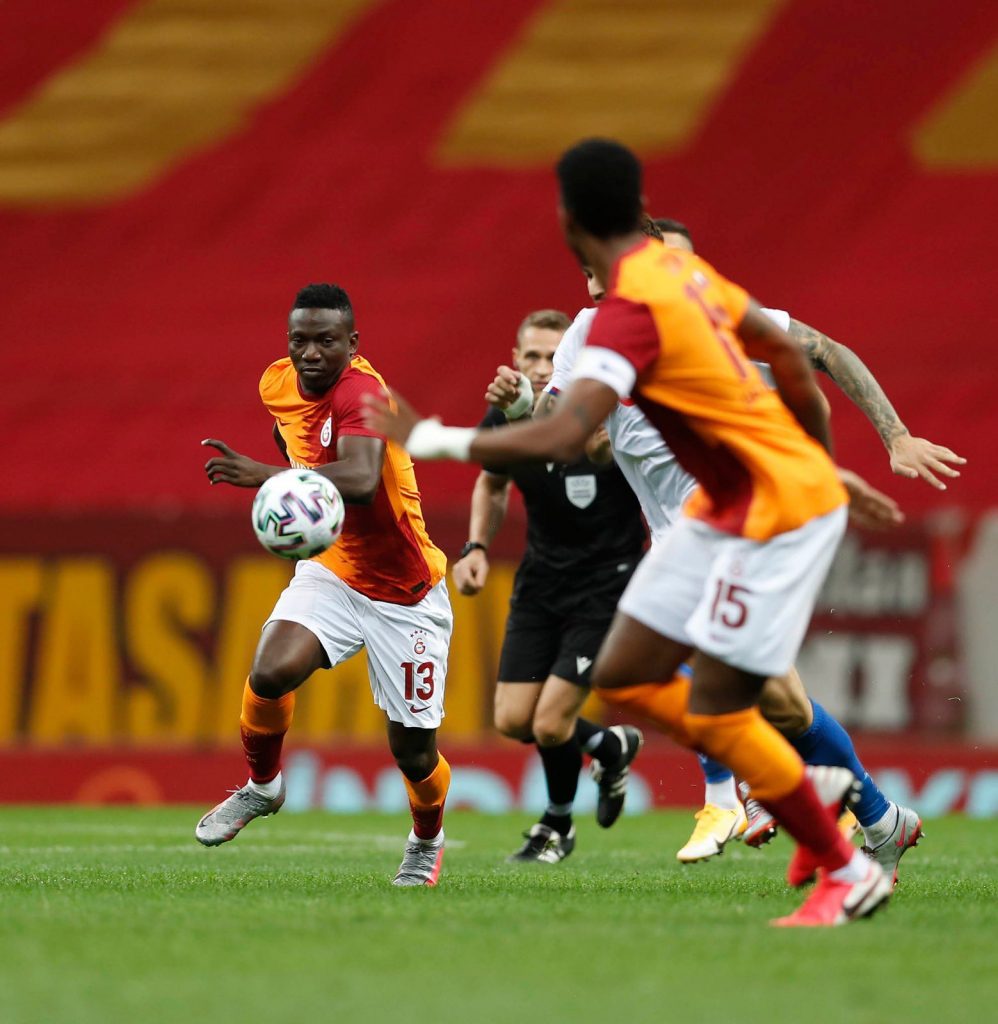 Oghenekaro Etebo was delighted to mark his European competition debut for Galatasaray with a win against Croatian club Hadjuk Split 2-0.

Etebo played for the whole duration in the Europa League game on Thursday night.

The midfielder who joined Galatasaray from Stoke City this summer made his second appearance for the club.

Etebo put a superb performance in the midfield as goals from Younes Belhanda and Ryan Babel sent the Turkish Super Lig to the next stage.

After the game, Etebo wrote on his Twitter page, “Next Round ✅ @GalatasaraySK.”

Last week, Etebo made his debut in for Galatasaray coming as a substitute for Sofiane Feghouli in the 72nd minute.

Having secured a their second qualifier victory, Galatsaray will now travel to Scotland to play Rangers.

Balogun was an unused substitute in Rangers’ 4-0 away win against Willem II.