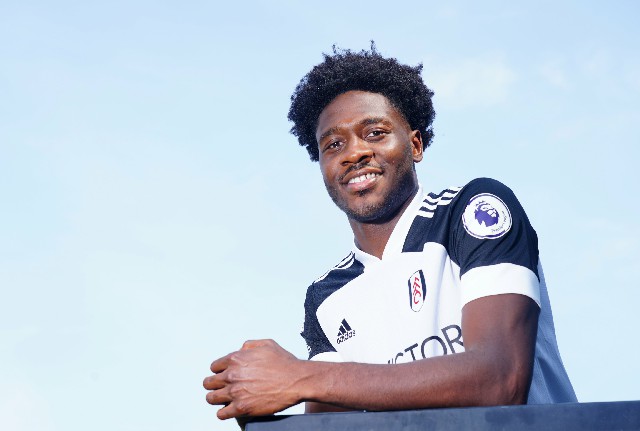 Ola Aina has been left out of Fulham squad ahead of Monday Premier League clash against Aston Villa at the Craven Cottage.

Aina joined Fulham on loan from Torino on the eve of the Cottagers Premier League opener against Arsenal.
The former Chelsea defender is yet to play a game for Scott Parker side who will be hoping to get their first win in today’s match.

Aina has been training with Fulham but the team list that was released via the club Twitter account revealed he will not play.
However, another player that was signed almost the same period, Kenny Tete has been handed a starting XI jersey by Parker.
The defender was invited for next month friendlies against Algeria and Tunisia in Austria by Gernot Rohr.
Parker had in his press conference said the game is not ‘a must-win’ even though he will want to get his first three points

“I don’t see it as drastic as a must-win,” he explained.

“We want to win. I know it’s either high or low in a drastic world, but we need to stay level and take realism of where we are in the campaign and where we are as a team.

” We will try everything we can to take some points and be up to the challenge.

“I don’t think we’re the only team at this present moment in time who have let in some goals in the first two games.

“It’s not ideal, of course not. Villa at home on Monday is a game we’re going to try to get three points from and win. That’s the aim.”