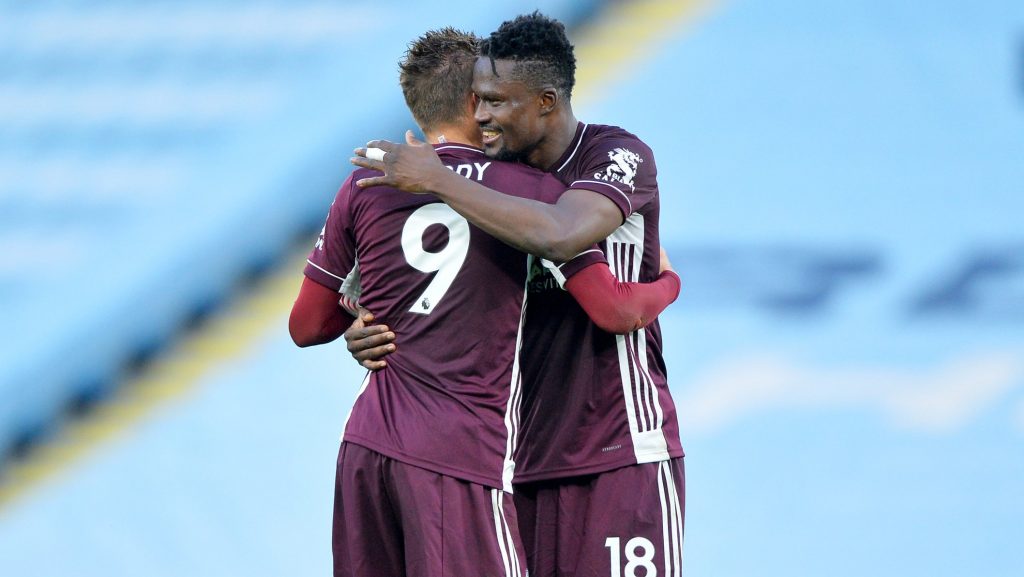 Ghanaian defender Daniel Amartey has impressed in his first Premier League game with Leicester since October 2018, on Sunday as Foxes defeated 5-2 Manchester City.

Amartey suffered a broken ankle injury on October 30, 2018 which has ruled him out for two years. So far, the 25-year-old defender returned to action with the King Power Stadium outfit with an appearance in Carabao Cup earlier last week and a full 90 minutes on Sunday against Pep Guardiola’s Man City.

Amartey has impressed fans as well as his coach Brendan Rodgers and the Ghanaian took on to social media to say thanks to everyone in the club for supporting him during that challenging moment.

” Very grateful .Thanks for all the support and messages. That felt really good !!!” he wrote on his official Twitter account after his first game in 23 months.

In addition, Leicester City will take on West Ham on Sunday for the matchday 4 of Premier League. Foxes are topping the table with 9 points after winning their opening three games.