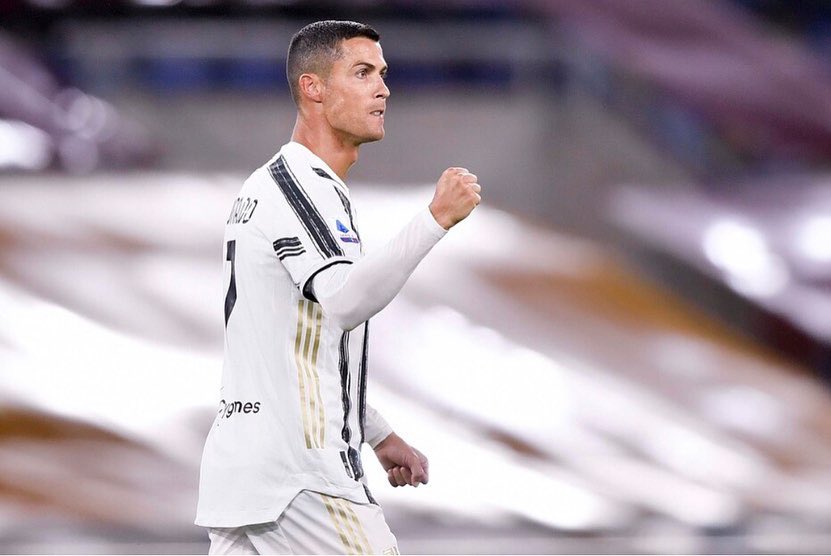 Juventus forward Cristiano Ronaldo has vowed that the team will be back ‘stronger than ever’ following their 2-2 draw against Roma in Sunday Serie A game.
Ronald scored a brace to deny Roma an outright victory at the Stadio Olimpico on Matchday 2 of the 2020/2021 season.
The Portuguese forward equalised for Juventus in the 44 minutes to cancel out  Jordan Veretout 31st minute goal.

Again It was Ronaldo who came to the rescue in the 69th minute to restore parity for the Old Lady.
The five-time Ballon d’Or winner after that game took to his social media and assured Juve fans that they will be stronger in their next game.
“Not the result we wanted, but with this colective spirit we will be stronger than ever! 💪🏼👊🏼 #finoallafine.”
The Serie champions have gathered four points out of the possible six from two games.
Juventus next league game will be against Napoli at the Allianz Stadium October 4.