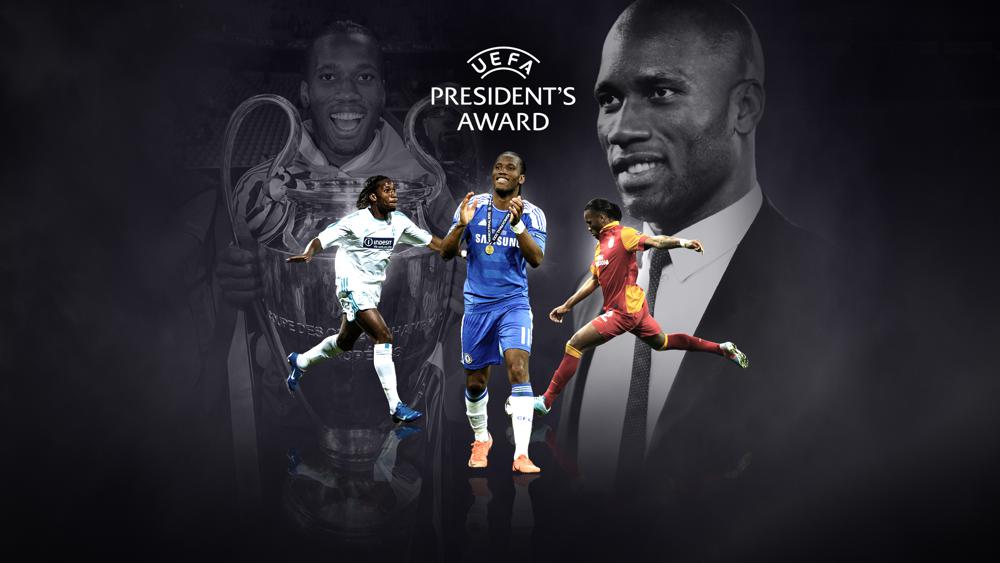 Another one for Drogba. The 42-year-old who is in the race to Ivorian FA’s presidency ies expected to receive an honourable award on Thursday, October 1 : the UEFA President’s Award given annually to outstanding realisations of a football legend.

Quizzed on the choice of Didier Drogba, Aleksander Ceferin, UEFA president highlighted the “excellent commitment of Drogba in and out the field”.

“Didier is a hero in the eyes of millions of football fans for his exploits throughout his brilliant playing career. He is a leader – a pioneer. He marked me not for his talent, his strength and his intelligence, but above all for his insatiable appetite for success – an aspect of his personality which is just as present in his willingness to help others outside the playing field ” Ceferin added on UEFA website.

“The UEFA Champions League has become the biggest club competition in the world, in part because our clubs have been able to attract the best players on the planet. We were therefore fortunate to be able to see talents like George Weah, Samuel Eto’o and Didier Drogba evolve at the highest level. In turn, these players have shown the way for African footballers, inviting a whole generation to follow their example. “ he concluded.