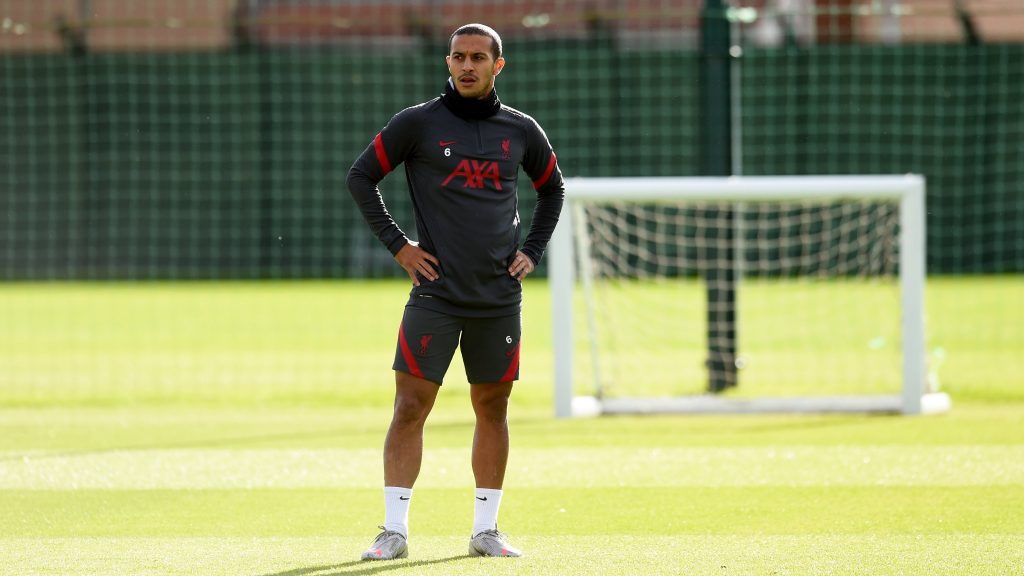 Liverpool have confirmed that midfielder Thiago Alcantara has tested positive to COVID-19 and currently self isolating according to the necessary guidelines.

Liverpool in a statement made available on www.liverpoolfc.com said the player showed minor symptoms of the virus.

The club however confirmed also that he is getting better and will continue to monitor him.

“The 29-year-old, who missed Monday’s match against Arsenal, has exhibited minor symptoms of the virus but is in good health and is getting better.

“The club has, and will continue to follow, all protocols relating to COVID-19 and Thiago will remain in self-isolation for the required period of time.

LFC first-team doctor, Dr Jim Moxon, said: “It is the choice of each individual whether they reveal publicly the outcome of a COVID-19 test.

“We have followed all the protocols to the letter and Thiago is OK.

“He will be self-isolating now as per the guidelines and hopefully he’ll be back with us soon.”

The Spaniard signed a four-year contract worth £20 million, with the potential for a further £5m in add-ons September 18 from Bayern Munich.

He made his debut for Liverpool on 20 September, coming off the bench at halftime as Liverpool won 2–0 in a Premier League game against Chelsea at Stamford Bridge.