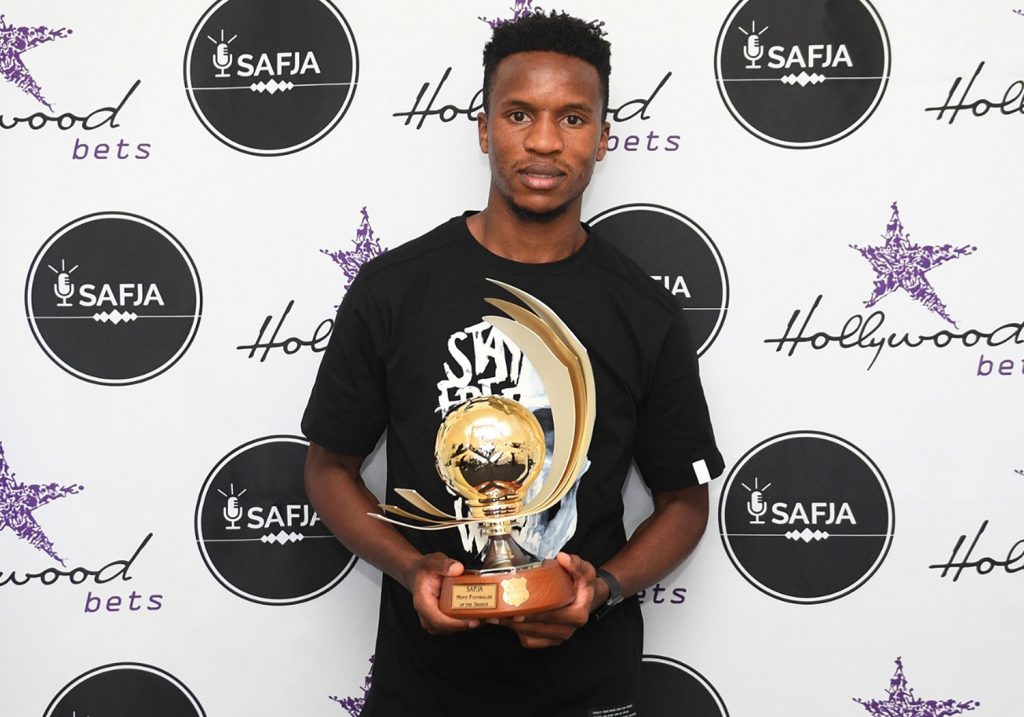 Mamelodi Sundowns midfielder Themba Zwane wins the first edition of South African Football Journalist’s (SAFJA) footballer of the year award after his stunning season with the Chookloop side.

Zwane scored 15 goals and provided 9 assists in the just-ended 2019/20 season. The 31-year-old beats teammates Hlompho Kekana and Peter Shalulile to claim the award with 59 percent of the votes.

“I believe that this was my best season. I scored more goals, created more goals and was involved in most attacking play. I think that I am a better Mshishi than I was last season. Thanks to everyone involved in this award, I am honoured to be named the winner of the first one.” he said after his coronation.