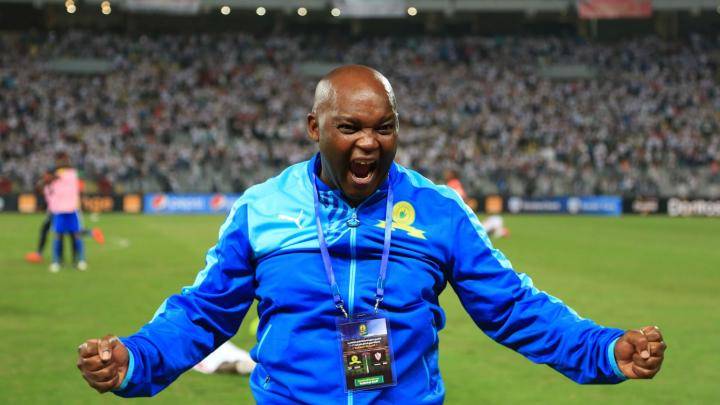 Big blow for South African champions Mamelodi Sundowns. Their head coach Pitso Mosimane is to have resigned from his post as he is set to join Egyptian Premier League giants Al Ahly.

According to South African outlet Timeslive, Mosimane has resigned from his post of head coach of Premier Soccer League champions Mamelodi Sundowns. After leading the club to claim five ABSA Premiership titles, CAF Champions league in 2016 and CAF Super Cup in 2017, the 56-year-old would like to train a North African club.

Five days ago, Al Ahly Chairman Mahmoud El Khatib (a great fan of Pitso) has sent his congratulations to Mosimane’s Mamelodi Sundowns for their domestic treble as they clinched also Nedbank Cup and Telkom Knockout Cup.

This gesture from Egyptian giants would have pleased Pitso who is set to turn down Wydad Casablanca offer to join Cairo based-club.