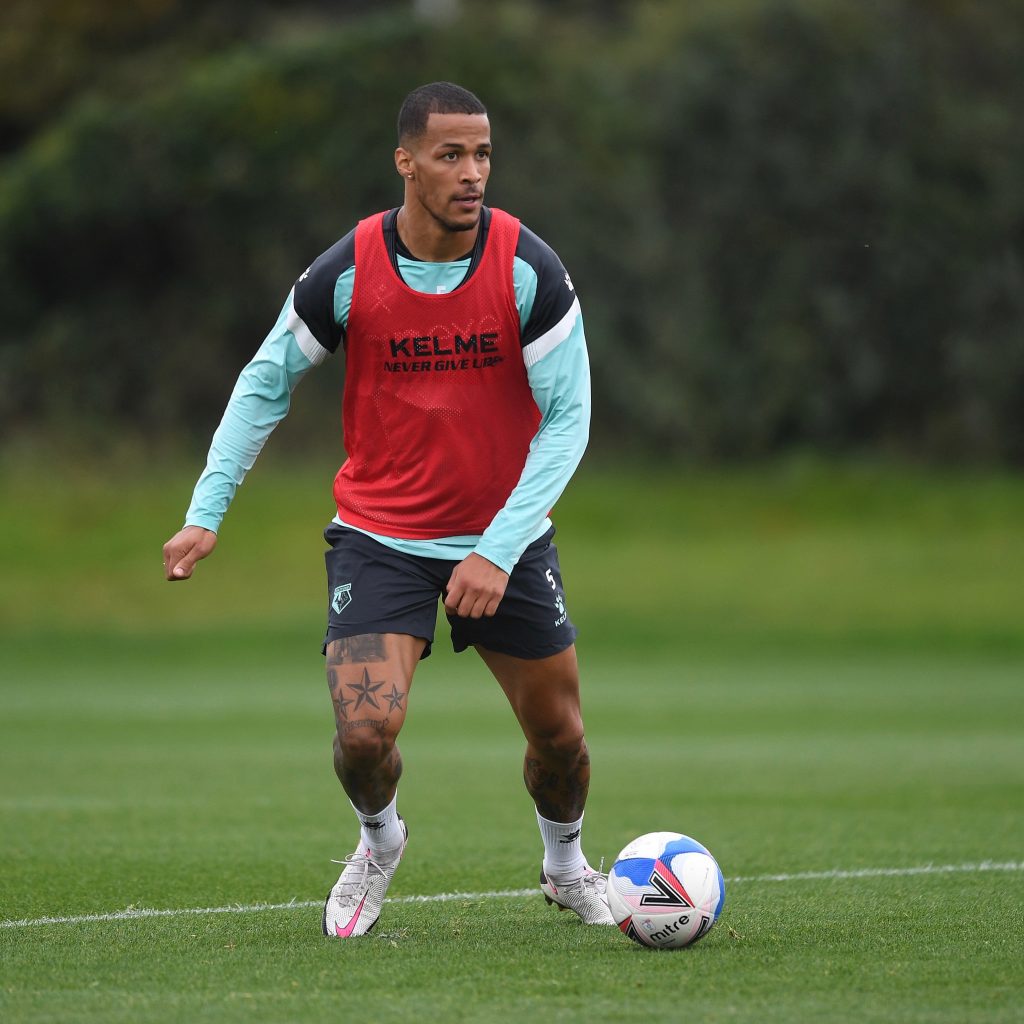 William Troost-Ekong has immediately settled down in Watford and had his first training session with his new teammates on Wednesday.

Watford on Tuesday completed the signing of the defender from Serie A side Udinese on a five-year deal.
Troost-Ekong who was a regular starter for Udinese could make his debut for the Hornet on Saturday when they travel to play Reading.
The 27-year old was spotted on Wednesday training session as Watford prepare to dethrone Reading from too of the Sky Bet Championship table.

Watford released the picture of Troost-Ekong first training session via their official Twitter account.
“Straight to work!
@WTroostEkong 💪 “
https://twitter.com/WatfordFC/status/1311221997741862913?s=19
The post was retweeted by Troost-Ekong.
The Super Eagles defender spent just two seasons with Udinese where he made 65 appearances for the club.
He is part of Gernot Rohr 25-man squad for the October 9 and 13 international friendlies against Algeria and Tunisia respectively in Austria.
He bring to Watford vast of experience which could be pivotal for the club who are hoping to return back to the Premier League next season.
After an impressive start to the season in the England second division league, Watford are yet to loss any game.
Their first three games since their relegation has ended with two wins and one draw.
They are currently fifth on the league table with seven points.

Tennis : Scheepers advanced to the second round.

Tennis : Scheepers advanced to the second round.