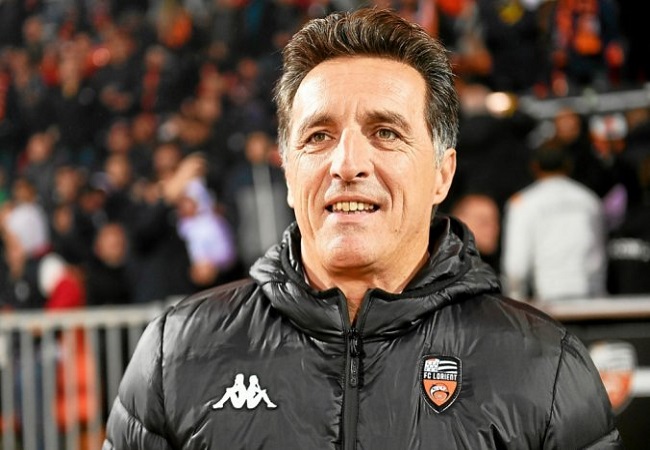 FC Lorient key recruit this season, Terem Moffi officially committed himself to the French club on Thursday. The Nigerian forward signed a four-season contract and is therefore tied to the Merlus until June 2024.

A recruitment that delights Christophe Pelissier, the coach of FC Lorient who expressed his satisfaction at former Kortrijk player’s arrival. For him, the Nigerian perfectly fits the profile the club has been looking for.

“Terem is a player we’ve been following for many weeks. And he has a profile we have been looking for.” He said after the contract signing. “He has quickly adapted to European football. Terem comes to strengthen our attack. And he will bring us his power, his technique and his agility in front of the goal. We are delighted to have him with us today.” Added the Lorient coach.

Currently 16th in Ligue 1, Lorient has recorded only 4 points in 5 games. We expect Terem Moffi to help them get back on track.