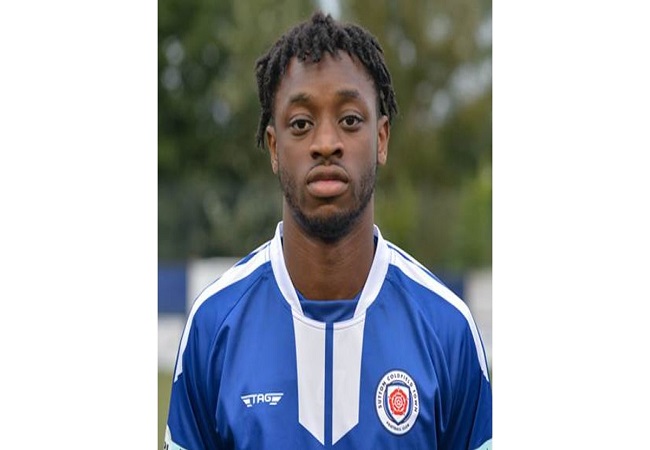 While being in the sights of the English Football Association, Nicholas Okoro has committed his international career to Nigeria.

The new Gaz Metan Medias signing says it would be an honour to represent Nigeria. And the Birmingham City Academy product is targeting a call-up to the Flying Eagles squad ahead of the 2021 Africa U20 Cup of Nations qualifiers.

“It would be an honour to represent my fatherland. My father is no longer with us. But I’ll honour him as well as my mother if I’m able to represent Nigeria at any level. U20, U23 or first team – in any competition.” Okoro told allnigeriasoccer.com.

The 2001-born attacking midfielder is the son of Ejikeme Fabian Okoro who represented Enugu Rangers.

“My dad played for Enugu Rangers. I am not sure what position he played. He had three boys. I was the one that followed the footballing legacy.” He added.

Okoro was part of the Team Nigeria UK squad that traveled to Abuja for a pre-World Cup friendly against a Golden Eaglets squad in 2015. He featured alongside Victor Osimhen and Kelechi Nwakali.